Political fallout from a controversial loan taken on by Papua New Guinea's government five years ago could hinder rather than help attempts to remove prime minister Peter O'Neill.

Mr O'Neill and other leading officials have been referred by the Ombudsman Commission to a Leadership Tribunal over a $US1.2 billion loan his government took on from Swiss-based investment bank UBS in 2014. 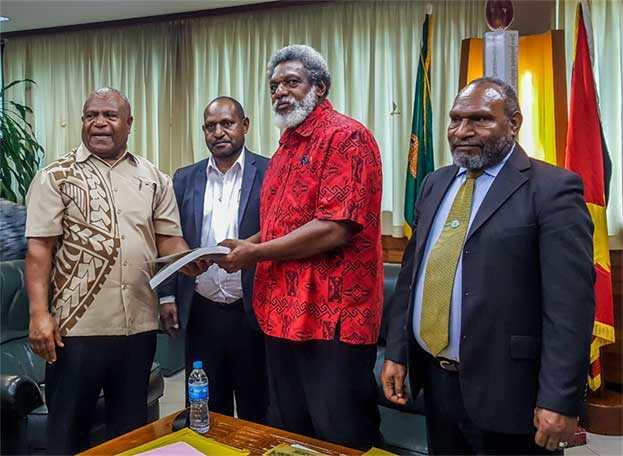 The ombudman's report, which was completed last December but only handed to the parliament speaker at the end of last month, is yet to be tabled in the house.

However, the report has been published at a time when the parliamentary opposition, bolstered by recent defections from the government, is planning for a vote of no confidence against the prime minister.

The UBS loan was nominally taken for the state to buy a 10 percent stake in oil and gas producer Oil Search, a major player in PNG's burgeoning petroleum sector.

In last week's heated parliament debate the prime minister explained his thinking at the time, that it was imperative for the state to regain Oil Search shares.

These were earlier lost after being mortgaged by PNG's Somare government in 2009 as it sought finance from the United Arab Emirates-based International Petroleum Investment Company to gain equity in the country's first LNG gas Project.

"So the company decided to offer the government of Papua New Guinea at a special issue so we can secure the ten percent. Why? Because Oil Search, even today, is the biggest company in PNG, is the biggest taxpayer in PNG."

Peter O'Neill (left) and James Marape in happier times during the 2017 election. Mr Marape left the government in April 2019 citing a breakdown in trust with his leader, but they are forever bound by their involvement in the UBS loan saga. Photo: PMO Media

However, the ombudsman found the prime minister failed to present the government's proposal on the borrowing of a loan, from UBS' Australia branch, in parliament for debate and approval as required by the constitution.

Mr O'Neill was found to have misled the cabinet into approving the loan, among other irregularities. But he wasn't alone. The commission's findings also implicate the former Finance Minister, James Marape, who was found to have signed off the loan's approval as minister despite knowledge of irregularities and "that his actions were improper".

According to the opposition's justice spokesman, Kerenga Kua, the deal and Mr O'Neill's lead role in pushing it through were suspicious. He described the loan transaction as commercial injustice for PNG as a country.

"In the end we only held that share for about twelve months before it was foreclosed by UBS and sold. So you see we don't have those shares in our hands any more, because the state fell into default on that loan arrangement."

PNG was forced to sell its Oil Search shares when the stock price fell sharply, incurring a big loss. On the other hand, UBS profited around $US83 million in fees, interest and trading revenue from the deal. 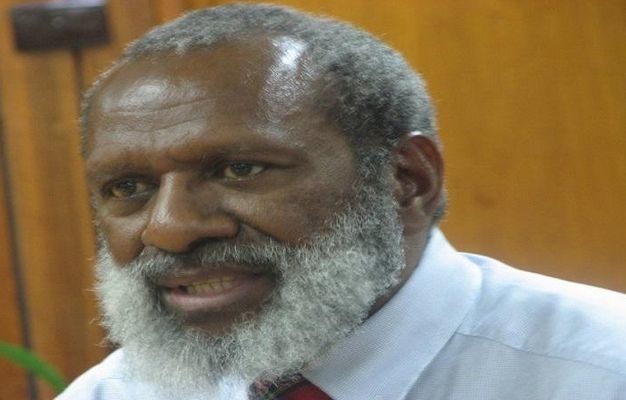 Mr Kua said the financial advisors involved in arranging the huge loan must have known the transaction was bound to fail for PNG.

"They would have seen this as a scam, a real professional scam. Because everybody knew of the state's financial vulnerability, and its lack of cash flow to pay for that loan," Mr Kua said.

"Yet they created a monster, so that within a matter of months it would fall into default, and then you foreclose on the asset, cover yourself. But what are the people of PNG left with? Nothing, except a debt of 3 billion kina."

An issue over which the opposition has been attacking Mr O'Neill for years is now proving problematic for the MP seeking to replace the prime minister.

Mr Marape, who resigned last month as minister and left the ruling party, has emerged as the opposition's choice for alternative prime minister in a motion of confidence against Mr O'Neill which it lodged last week.

But along with other officials including Government Chief Secretary Isaac Lupari, Treasury Secretary Dairi Vele, and the Central Bank Governor Loi Bakani, Mr Marape has also been referred by the ombudsman commission for investigation under the leadership code over the UBS loan. This undermines his own recent attacks on the prime minister. 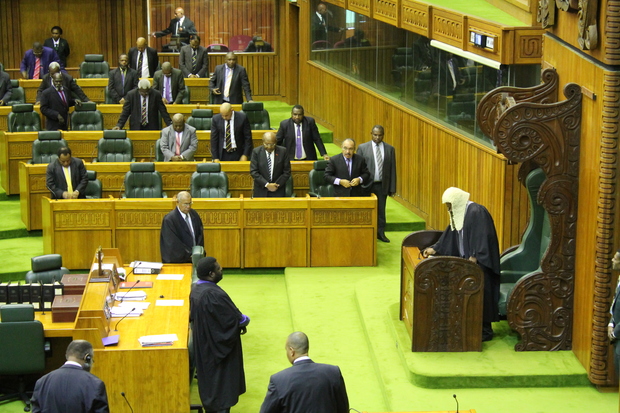 While it remains to be seen whether Mr O'Neill, Mr Marape and others will face the Leadership Tribunal, the opposition continues to portray the prime minister as the central transgressor in the UBS saga and other controversies.

The former Health Minister Sir Puka Temu, who also left the government last month, said the prime minister has been exerting too much control on state departments, overriding the authority of ministers.

"I resigned because I saw things were not working well. There were a lot of corrupt practices and there were governance processes from agencies and bodies of the state that the leaders did not support," Sir Puka said.

In response to the ombudsman report's earlier leak, Mr O'Neill characterised the investigation as politically motivated, and part of a "dirty game" by the opposition as it tries to lure support to change the government. He has indicated that the issue would be the subject of a judicial review. 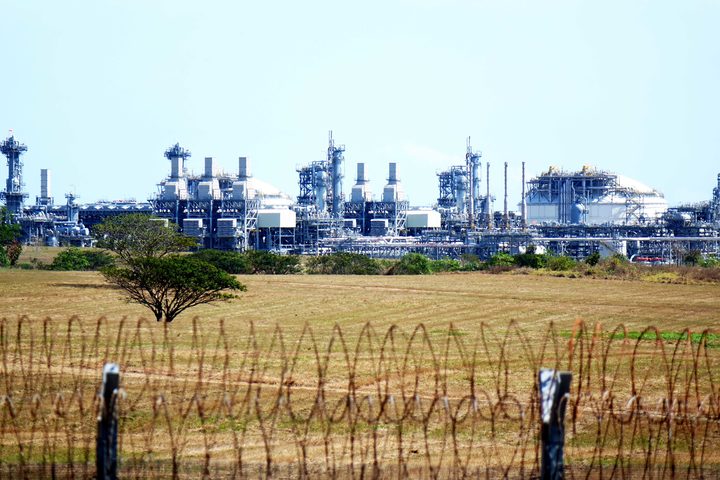 Although he was a member of the last Somare government in its later stages, Mr O'Neill has placed blame with that regime for placing PNG in a weak position when it sought finance in Abu Dhabi for the LNG Project.

"When they borrowed that money, when they mortgaged not only Oil Search, but they borrowed every state-owned entity of this country," Mr O'Neill explained.

But Mr Kua said the O'Neill government's purchase of Oil Search shares under the controversial UBS loan was a far more shoddy deal than the IPIC transaction.

"The IPIC transaction led to PNG owning 19.26 percent in the PNG LNG Project. That equity is still there and annually we are receiving over a billion kina in revenue from that project," he explained.

The UBS loan was opposed from an early stage by the then Treasurer Don Polye, who ultimately refused to sign off on the deal before resigning in protest.

Mr Polye insisted that the loan required parliamentary approval, warning that taking the loan on would break the country's official debt ceiling.

The former Kandep MP was also not involved in the negotiations with Oil Search on the purchase of the shares. According to the ombudsman report, the agreement to buy the shares was reached "over a cup of coffee" in a swanky Port Moresby hotel when Mr O'Neill and Mr Vele met with Oil Search's managing director Peter Botten and its board chair, Gerea Aopi. 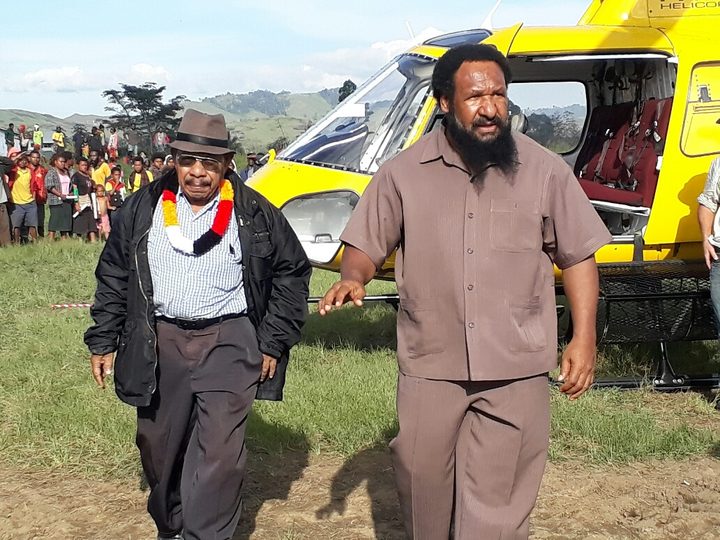 The government's purchase of the Oil Search shares allowed the company to buy a stake in the Elk Antelope gas field in PNG's Gulf province. This resource is being developed by French company Total SA to be the second major LNG project in PNG.

The Papua LNG Project agreement was signed by Total and the government last month. However the agreement immediately preceded the exodus from Mr O'Neill's ruling party, and was cited as a causal factor in the move by several of the MPs who resigned, including Mr Marape.

Warning that interests of provinces and landowners were not being protected, the MPs lamented that promised equity and royalty benefits from PNG's first big LNG gas project, based in Mr Marape's province, had still not transpired, ten years after that project agreement.

Only one day of parliament sitting has lapsed since the handover of the report. That was on Tuesday 7 May, the same day the opposition lodged its motion and Mr Pomat adjourned parliament until 28 May.

PNG's Attorney General has filed a Supreme Court application which could yet delay the confidence vote against the prime minister proceeding.

Opposition MPs say they're confident that the vote will go ahead. The group is not likely to change Mr Marape's nomination as alternative Prime Minister, but his involvement in the UBS loan may yet count against him.