The Solomon Islands Under 17 men's football team has finished runners up at the UEFA International development tournament in Minsk despite suffering a second straight defeat on penalties. 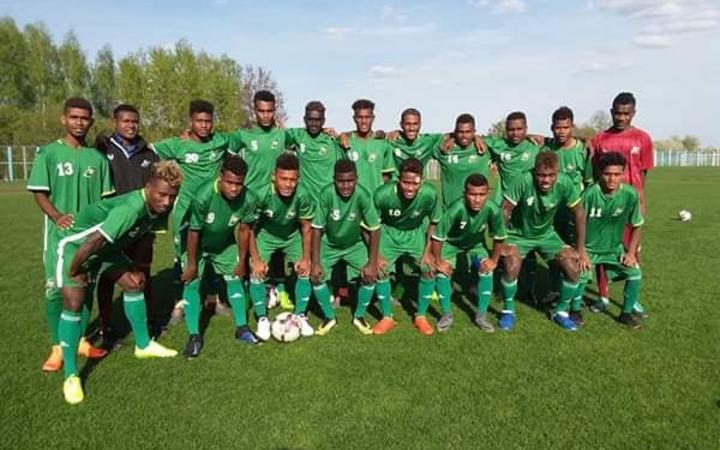 Raphael Lea'i scored both goals in a 2-2 draw with Kazakhstan on Saturday, taking his tally to six goals in four games on tour.

But a second half red card received by Lea'i meant the Melanesian side ended the game with only nine players, after Philip Ropa was also sent off.

With the match tied after 90 minutes, Kazakhstan prevailed on penalties after the Solomon Islands missed two attempts in front of goal.

Coach Stanley Waita's team opened the tournament with a 2-1 win over Moldova and drew 1-1 with hosts Belarus before being pipped on penalties.

Despite both teams finishing level on points and goal difference, hosts Belarus were declared the winners courtesy of their head to head victory earlier in the week.

"I am really happy with the way our young boys performed here in Europe," Waita said.

"It is a development competition so the rules are quite different but like I said, we have learned a lot during the tournament." 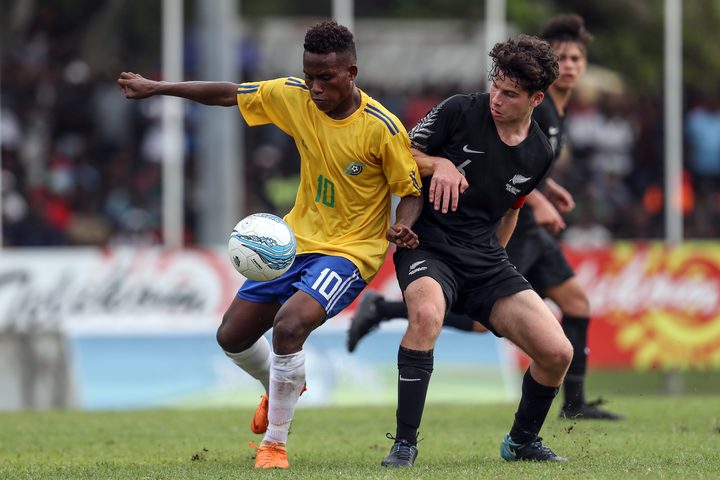 Raphael Lea'i scored in every match on tour. Photo: PHOTOSPORT

The UEFA result came a day after Solomon Islands' place at the FIFA Under 17 Men's World Cup was confirmed by the Oceania Football Confederation, which upheld an appeal against sanctions for fielding an over-age player during the OFC Under 16 Championship last year.

"For this tournament, Belarus the winner is not really important because it is part of development and experience for teams," he said.

"So there is no prize for winning the competition. But the experience we had and what we learn from playing in Europe is the most important thing."