A photographic exhibition telling the story of the development of the Virtuoso Strings orchestra just opened at Pataka gallery in Porirua. 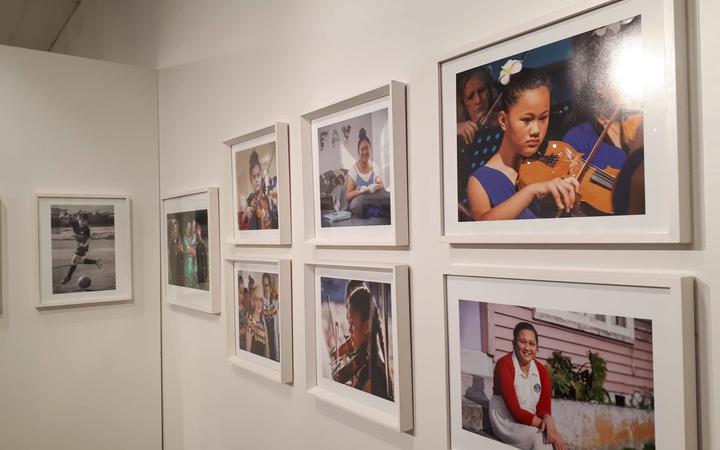 Exhibition telling the story of the development of the Virtuoso Strings orchestra Photo: RNZ Pacific/Tracy Sexton

The youth orchestra is based in Cannons Creek, Porirua and has a high number of Pacific and Māori members.

Juel Ranfurly-Faafia has been playing in Virtuoso for two and a half years, and he loves it. He played the violin first and then move onto cello, which he prefers.

"Being part of the orchestra is being part of a new family and to be able to try something new." 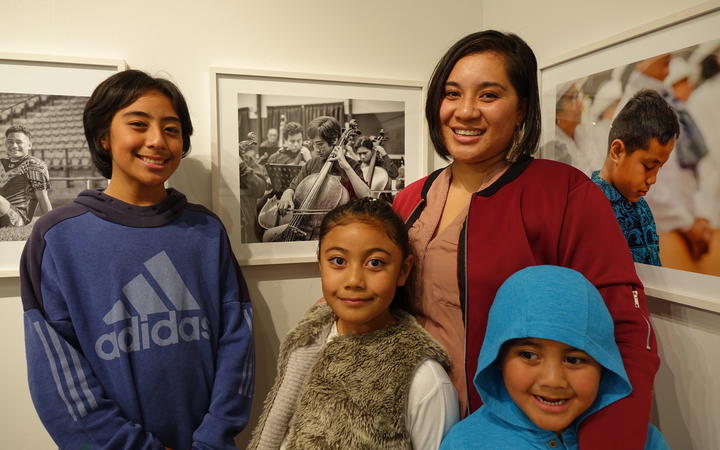 The orchestra has been awesome because it has opened up a whole world for them, according to Rhyanne Ranfurly, Juel's Mum.

"I've never played those instruments in my life, never had the chance to, so for them to be able to play, and not just learn the instrument, but also play at concerts, travel, and things like that, it's been awesome." 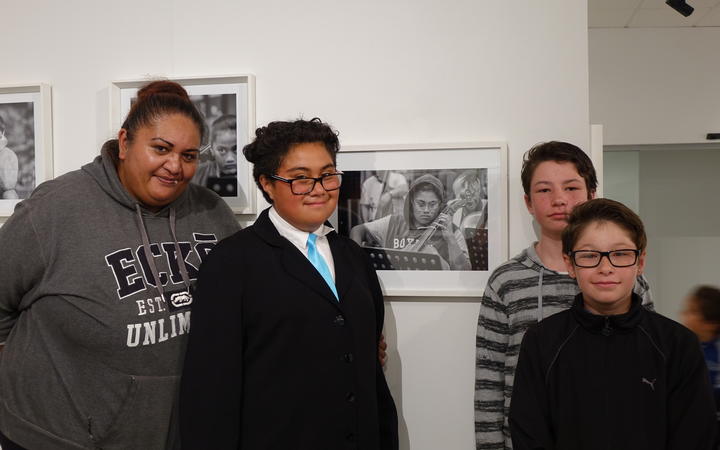 Ms Ranfurly said two of her other children have joined and she hopes her youngest kids become members later.

Crimson Katipa started playing in Virtuoso when he was seven years old. He is about to turn 13. He plays the cello and loves it because it stands out and you can hear it because it's so deeply.

"I'm keen to continue playing the cello, and to study music at university," he said.

For Willow Tuliakiono, she loves being a member of the orchestra as it has allowed her to learn new things and make new friends from different backgrounds.

"I've been there for nearly four years and I've really learnt a lot, especially about classical music and learning how to read music.

"I would encourage anyone keen to be a member to take up the opportunity if you are given a chance." 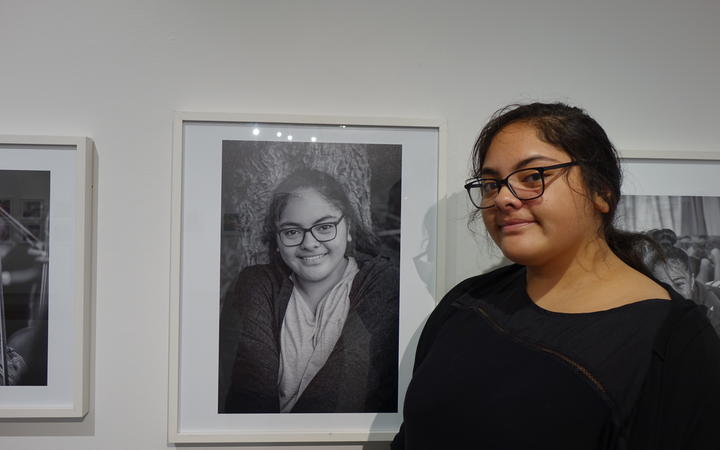 Willow Tuliakiono next to her photo which is part of the Virtuoso Strings photo exhibition. Photo: RNZ Pacific/Tracy Sexton

The photos in the exhibition will be used for a book on Virtuoso Strings.

Tracy Sexton was the photographer of the exhibition, she said the kids "blow her away - they are truly talented, it's in their blood, they are passionate".

Some of the amazing kids of the Virtuoso Strings orchestra performing at #Pataka #Porirua during the opening of a photo exhibition on the orchestra. #Pacificproud @RNZPacific pic.twitter.com/NzfTXaP89U

Her daughter plays in the orchestra and over time she said she got to know a lot of the families and the kids well.

She said the project started in November 2017.

"So it has been 18 months, so I guess the exhibition is a sideline to the book and it's almost like a little preview now that's hopefully published come out while the exhibition is running, which finishes at second of June."

Nina Nimarota was the community liaison for the project. She said the photos also captured what the children do outside of the orchestra.

"Most of our kids play sports, rugby, soccer, and some of them are straight hardcore Samoans at home, they do all the feau, the chores, that sort of stuff and they are family oriented and we wanted to show that," she said. 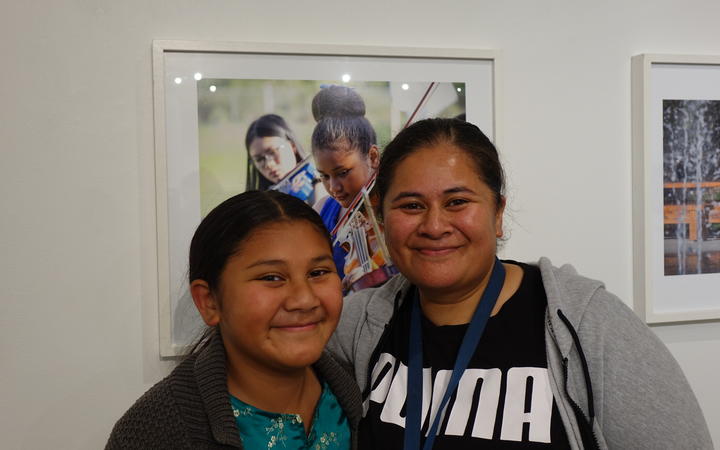 Nina Nimarota (R) and her daughter. Her daughter's photo is part of the Virtuoso Strings photo exhibition at Pataka in Porirua. Photo: RNZ Pacific/Tracy Sexton

Chairperson of the Trust, James Faraimo, said there was great community support behind the orchestra.

"Thank you to the community, thank you to the parents for sacrificing time away from their children who allow them to come and rehearse, dragging them out in the rainy days and the discipline and commitment, and we have enjoyed that, and that's why we have great outcomes, because of the community backing," he said.

"No one would have guessed, that we had Virtuosos by way of young children, young Pacific children, Maori children and even our immigrant children are here, and palagi but still, someone like Liz, has just given them this ability to find their potential and man it's excited, and so yeah, very proud of them and so cool they come from our city."

The exhibition ends on 2 June. 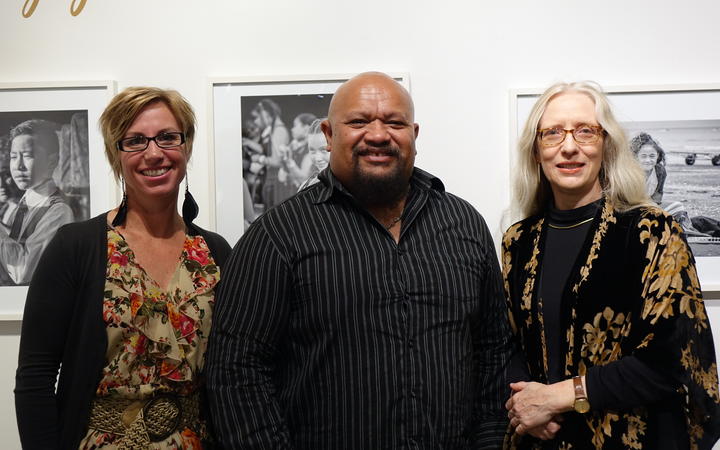