Opposition MPs in Papua New Guinea are quietly confident they have the momentum to remove prime minister Peter O'Neill as his government reels from a series of resignations. 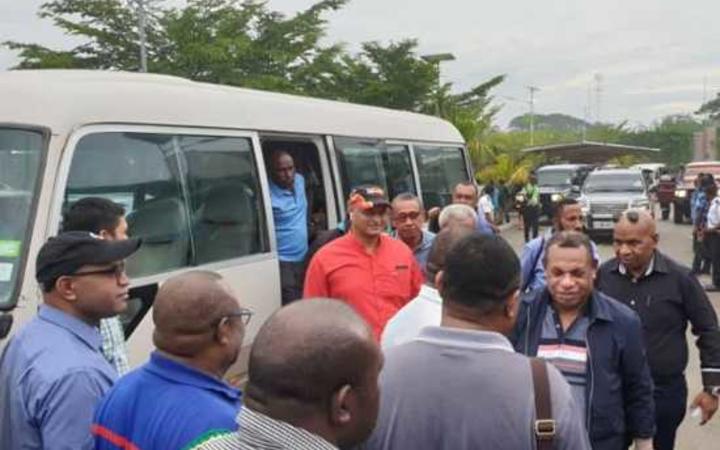 The opposition's 26 MPs have merged with around two dozen MPs who have left Mr O'Neil's coalition government in the past eight days.

They are based at Port Moresby's Laguna Hotel, offering an 'open door' for any more government MPs who wish to join in their bid to remove the prime minister.

The opposition is planning for a vote of no confidence against Mr O'Neill in the coming weeks. A successful vote in the 111-seat parliament requires the support of 56 MPs.

Yesterday, the gap was narrowed when nine MPs resigned from Mr O'Neill's People's National Congress party and his government.

It followed the resignations of eight other MPs from the PNC in the past week, including Finance Minister James Marape, a close ally of Mr O'Neill's for the past seven years in power.

To add to the disintegreation of the government, coalition partner Pangu Pati has fallen apart, with at least half its ranks fed up with their own leader Sam Basil and defecting to the opposition.

At a PNC caucus meeting earlier this week, following the first series of resignations, Mr O'Neil was urged to resign. He refused, triggering yesterday's resignations and a possible further exodus from the ruling party.

The opposition's Kerenga Kua, the MP for Sinasina-Yongamugl, said the writing was on the wall for Mr ONeill.

"Our governance system is completely rotten," he said, echoing concerns raised by MPs who had resigned from government in recent weeks.

According to Mr Kua, a groundswell of MPs were fed up by the current government's approach and united by the aim of replacing Mr O'Neill.

Developments have moved quickly in the past few weeks. Yet Mr Kua argued that conjecture over who would replace Mr O'Neill as prime minister had slowed down the process.

"At some point of time we have to merge the two issues together," he said, indicating the group of MPs at the Laguna would conduct a secret ballot for the nominated as alternate prime minister in the vote of no confidence.

"Let's do a secret ballot once all the numbers are assembled in the room," he said, "which means that every potential candidate has an opportunity to have a go."

Mr Kua described this process as what was "keeping everybody motivated so far", as parliament anticipated a possible vote against the prime minister on 15 May. 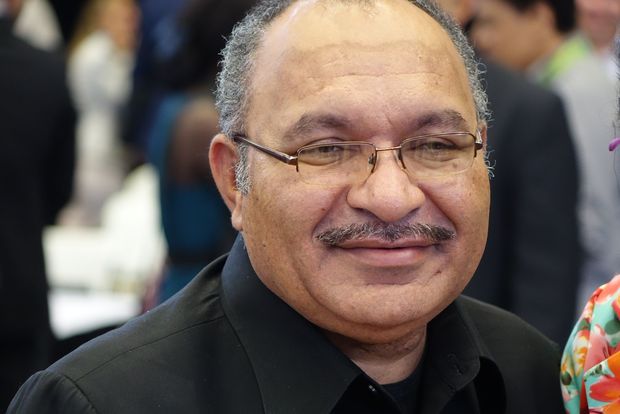 A savvy political operator who has been in power since August 2011, Peter O'Neill's chances of survival in power are narrowing swiftly. It's unclear whether he is willing to let new leadership emerge.

The Deputy Prime Minister and Treasurer, Charles Abel, has been touted as a possible replacement leader for the PNC, however it may be too late to save it as a ruling party that has dominated PNG politics for the past seven years.

Mr O'Neill's camp was still holding firm to his role as PNC leader and professing to have a majority in parliament, but has since been less vocal.

Late on Saturday, Mr Abel fronted a press conference at the Crown Plaza which had been delayed from earlier in the day while lobbying proceeded behind closed doors.

Mr Abel said he was sticking with the government in the interests of stability.

Meanwhile, Mr Kua expected that despite a dwindling cash supply, the O'Neill camp would find ways to activate "priority expenditure" to consolidate its ranks.

MPs in debt after the 2017 election campaign may still cling to government in the hope that promised funds come through. However, the drums for change in PNG politics are starting to beat loudly.