The Guam men's football team will face Bhutan in the first round of qualifying for the 2022 FIFA World Cup and 2023 Asian Cup.

The Matao will travel to the Bhutanese capital Thimphu for the first leg at the Changlimithang Stadium on 6 June, with the return match five days later at the Guam National Football Stadium in Hagåtña.

The US Territory has not played a competitive match since September, when they finished third of four teams in the first round of the East Asian Cup in Mongolia.

Head coach Karl Dodd said he was looking forward to seeing his players in action again.

"Boys have got a bigger spark at training now that we know we've got two games coming up so it definitely gets things going at training," he said. 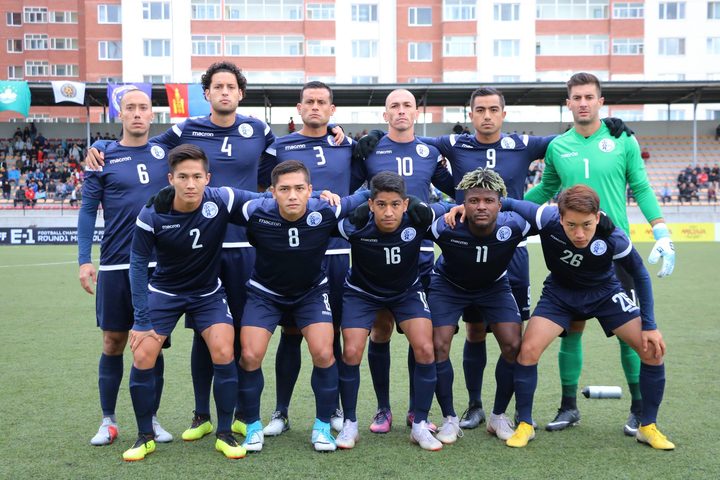 Guam last competed in the first round of the East Asian Cup in September. Photo: Facebook/Mongolian Football Federation

Guam are currently 193rd in the FIFA world rankings, seven places below their upcoming opponents who are set to have a big advantage in the first leg.

"There's a big India influence there - four of their players are playing in division two and their striker is very highly regarded. They've just changed coaches as well," Dodd said.

"We're just doing our research and it's the highest stadium in the world - 2300m above sea level - so that's going to be an interesting challenge and it's going to take us about two days to get there and then two days back so there's a fair bit of travel involved along with the altitude you're dealing with.

"So it's not going to be an easy fixture, put it that way, so that's something in Asia that's very difficult - there's a lot of travel from A to B and there's not a big enough turnaround." 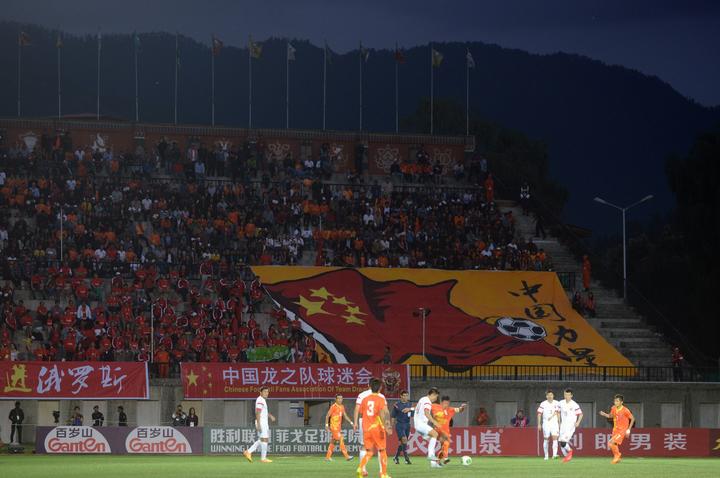 Bhutan and China contest a 2018 FIFA World Cup qualifying match at the Changlimithang Stadium in Thimphu in 2015. Photo: AFP

The East Asian Cup marked Dodd's first time in charge of the national team and the former Scottish Premier League defender said the Matao learned to be braver on the pitch.

"It was the first time we implemented our new playing style and there's a lot more decisions to be made now and that adds a bit of fatigue so there were a few times we were complacent or switched off and that hurt us," he said.

"But I was very happy in the way they played and dominated but we just need to be a little bit more brave and that's what we've been working on. I think it was a bit of a test where the players were testing me - does this work - and I'm seeing if the players can do it. You've got to find the balance.

"Then in the interim, we've been training three to four times a week with the Matao, trying to keep fit, keep levels, because on the island with the clubs they don't train so we have to train the boys full-time or try to make it full-time." 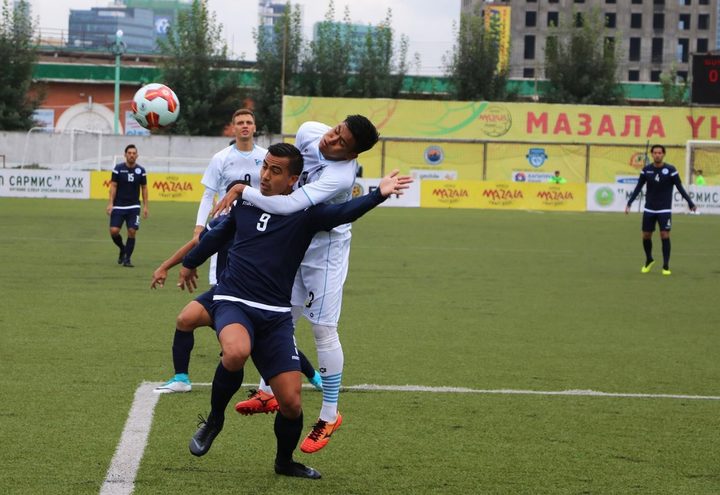 Guam received a bye to the second round during the previous qualifying cycle and beat Turkmenistan and India to record their first ever wins in Asian World Cup qualifying.

But the current Matao players are determined to create their own history, Dodd said.

"It's a new generation of players, a new phase, a transition, a new playing style but the biggest part is that they have had success in the past so they can beat teams," he said.

"That's a big challenge from a mindset point of view and I think sometimes we're too respectful when we go into games or have an inferiority complex but they don't back themselves enough.

"You can always draw on previous successes but I think it's very important you're present: what are we doing today? How hard are we working today? Because that's going to get us through. Not resting on our laurels on something that happened four years ago. You've got to keep current and keep evolving so that's key."