An epidemic of mouth cancer is hitting United States-affiliated islands as use of betel nut combined with tobacco ravages people's health. 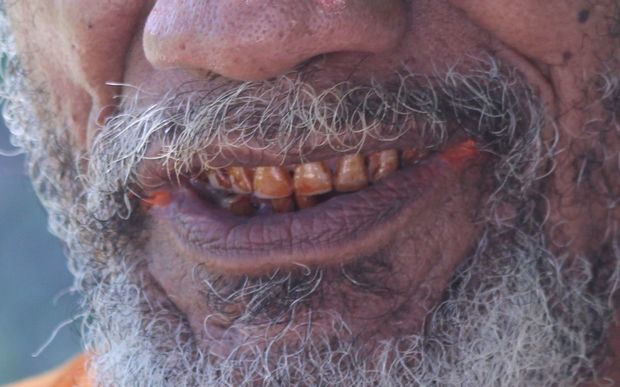 A cancer presentation at a regional health conference in Palau last month was titled: "Oral cancer in the US-Affiliated Pacific Islands: A rising epidemic."

Three years ago, mouth cancer was listed as number 13 in cancer prevalence throughout US-affiliated islands. Now it has moved up to the eighth most prevalent cancer.

The report using Palau and Northern Marianas cancer data says this form of cancer has tripled in the under-40 age group and is a "major cause of morbidity (death) which is due to late identification and spread of cancer".

Chewing betel nut with additives such as lime and tobacco increases the rate of oral cancer.

The report makes plain that it is not talking about some future "risk" of cancer, but a large increase in the number of people being seen now by health authorities with mouth and throat cancers.

The rise in oral cancer is "due to betel nut chewing primarily associated with tobacco additives", the report said, adding that the islands are seeing "a rise in children as young as 6-8 years old chewing betel nut with tobacco, which increases the risks".

Data from both CNMI and Palau shows that over half of all adult cancers are tobacco-related.

Many betel nut chewers, based on observation, include tobacco with their betel nut.

Although Marshall Islands cancer data does not break out "oral cancer," it lists the "nasopharynx" category - the upper part of the throat behind the nose - as the sixth most usual cancer detected in Marshall Islands by health authorities from 2007-2015.

Majuro in particular has seen betel nut use surge over the past two decades.

Prior to expansion of betel nut use among Marshallese in the late 1990s and the upsurge in the mid-2000s, the only people regularly using betel nut in Majuro were a handful of islanders from Pohnpei and Palau living here. There is no betel nut grown locally.

This changed dramatically over 15 years ago, as Marshallese - both men and women - picked up the chewing habit.

The demand for betel nut in Majuro fueled vastly increased importation of betel nut from Pohnpei and other islands in Micronesia.

Today, dozens of small stores around Majuro sell betel nut and there are no age restrictions on sales, as there are with alcohol and tobacco.