The combination of betel nut and tobacco is heightening dangers to health because both substances contain cancer causing agents and are addictive, the World Health Organisation (WHO) says. 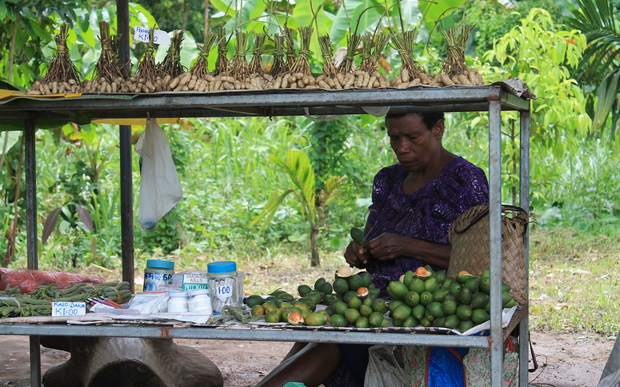 A recent meeting in Palau heard rates of oral cancer in under 40-year-olds who use both substances is escalating.

It also heard children as young as six are chewing betel nut in some countries.

A technical officer at the WHO in Fiji, Ada Moadsiri, said some people chewed betel nut with tobacco while others smoked soon after chewing the nut, which has psychoactive properties.

"The nicotine in the tobacco is already an addictive substance but then arecoline, which is found in betel nut, is actually also causing dopamine release and therefore dependence on this product," she said.

The WHO is working with Pacific governments to identify policies and legislation to address public health concerns related to betel nut, Dr Moadsiri said.

The WHO also has free online courses for health professionals to help them learn more about how to identify betel nut use and signs of oral cancer among their patients, she said.