Violence has broken out again in Indonesia's Papua province, where tensions are high as the nation goes to the polls today. 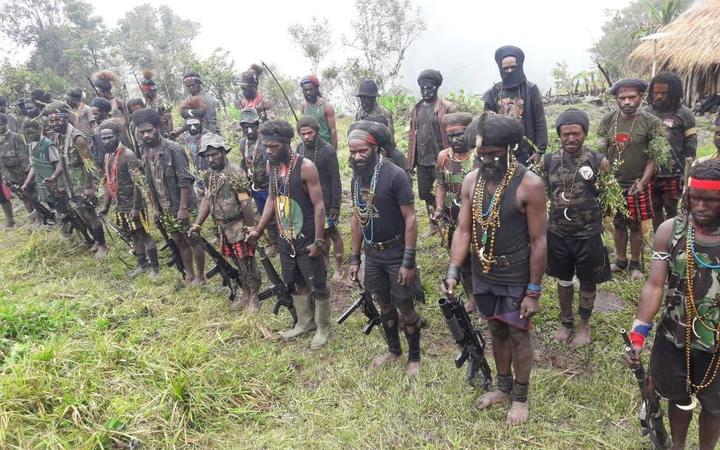 It's the latest in an escalating war between rebels and state forces which has killed dozens on both sides since December.

More than 187 million voters are going to the polls but across restive Papua, where independence groups have promised a wide-reaching boycott, ballot boxes have arrived with thousands of military troops.

Spearheading the boycott is the West Papua Liberation Army, which on Tuesday claimed it had killed two Indonesian soldiers last Friday and Saturday in Nduga regency, the war's epicentre.

A spokesperson for Indonesia's military (TNI), Colonel Mohammed Aidi, denied the claim but said there had been several gunfire exchanges.

The Liberation Army commander, Ekianus Kogeya, promised a "mass operation" if Papuans were forced to vote.

"If there are individuals who force to carry out this regional election, we will carry out the operation," he said in a statement.

Colonel Aidi said 7000 military personnel were ready to deal with the Liberation Army.

Any reports that TNI members had been killed were a "hoax", he said.

Officials told state news agency Antara on Monday that as many as 170 police personnel had also deployed to Nduga to provide election security.

Mr Kogeya estimated that more than 200 TNI personnel had been deployed to Nduga over Friday and Saturday along with "military shipments", which he said prompted the attacks.

"The TNI forces were excessive and large-scale operations in 11 Districts of the Ndugama region had made the community of Nduga not feel part of Indonesia," he said.

Ndugama is an indigenous name for Nduga regency commonly used by members of the Papuan independence movement.