A businessman in Fiji who blew the whistle on a purported plot against the government has been assaulted again, claiming it's part of attempts to thwart his goal to get justice.

Rajneel Singh has complained numerous times to the police of serious assaults since 2015 but he says the police and the government have been ignoring him.

He claims to have been beaten, threatened and harassed by certain members of the police force over the years after passing details to authorities of a plan he uncovered to destabilise the government. 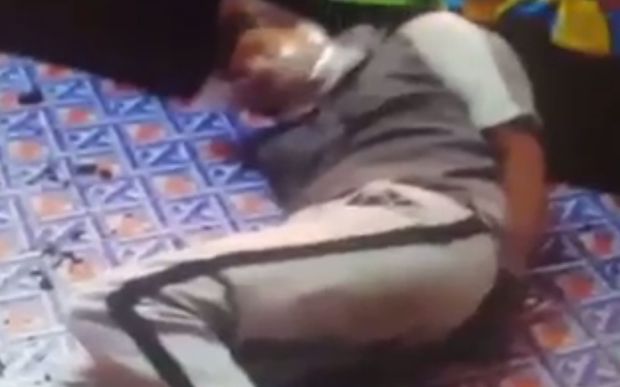 Mr Singh told RNZ Pacific he was again assaulted on Monday, 8 April near Lautoka, the night before he was due to appear in court over his case to force action from the Fiji police force.

His wife also gave details of the assault, saying Mr Singh was confronted by three to four Fijian men after he got out of his car to investigate a man lying on train tracks.

"He did sustain injuries and they poked some needles on his shoulder. The boys who went down to assist him and brought the police to him, they had taken the photo but the police officers got it deleted from the phone," Mrs Singh said.

Mr Singh was treated at Lautoka hospital and stayed overnight, she said. 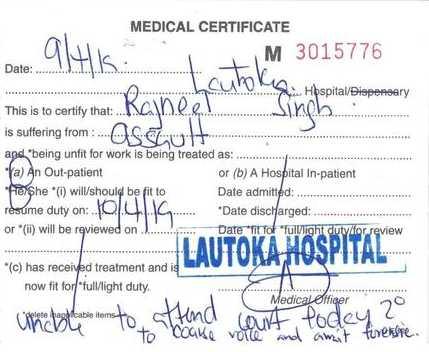 He was discharged in the morning with a stamped certificate from the hospital saying he had been assaulted.

But according to the Singhs, he was then told by police to wait in the ward for a police forensic officer to do tests, which prevented him from getting to court in time.

"He therefore was not in able condition to be present in court," Mrs Singh said.

"The delay by the forensic officer also held him back from being present in court since he appears in person. There is no lawyer representing him."

The head of CID at Lautoka police station, Inspector Semi Tui, denied Mr Singh was prevented from leaving the hospital and said he was not fit to leave to attend court "with blood still on his face".

Mr Tui said the police were investigating Monday's incident "around the clock".

Mrs Singh said court was the only resort that the couple had for redress over the series of alleged assaults going back to 2015.

"If this keeps on happening then the only thing I would say is that deliberate denial of justice is what we are being awarded," she said.

In 2015, Mr Singh claimed to have alerted the government to a plot against it after finding documents on a computer at his internet cafe in Lautoka.

After being in close communication with the police commissioner over the matter, his emails and calls are now not being answered, Mr Singh said.

In 2015, the police chief told Fiji media he would get to the bottom of the case.

Then, in 2016, a police spokesperson said investigators had so far not been able to find any concrete evidence to substantiate the claims.

Mr Singh has accused the police force of shutting down his case and he is seeking a court order for police to investigate.

Mrs Singh, who was allowed to appear in court last week on behalf of her husband, said the judge fixed a hearing date for a strike out application by the defence.

"I am keeping my fingers crossed, praying to God that nothing wrong happens and we successfully get through this case," Mrs Singh said.

The hearing date has been set for June.