The Solomon Islands Football Federation (SIFF) has been given more time to seek legal advice and make further submissions to the Oceania Football Confederation (OFC) Appeal Committee, after it was ruled to have fielded an overage player at last year's OFC Under 16 Championship.

In February, the OFC Disciplinary Committee ruled Chris Satu breached both the OFC disciplinary code and regulations when he turned out for Solomon Islands at the championship in Honiara.

The teenager was found to have been born prior to 1 January 2002 and was suspended for six matches.

Solomon Islands forfeited all five games in which Satu participated during the tournament as well as its place at the Under 17 World Cup that it earned by reaching the final of the Honiara tournament.

The OFC Appeal Committee met on 4 April in Fiji regarding the appeal by the SIFF.

It was not represented by a lawyer at the hearing which was adjourned for at least 14 days to be reconvened at a date set by OFC.

The OFC Executive Committee will not decide who will join New Zealand at the World Cup in Brazil this year until the appeal process has been concluded. 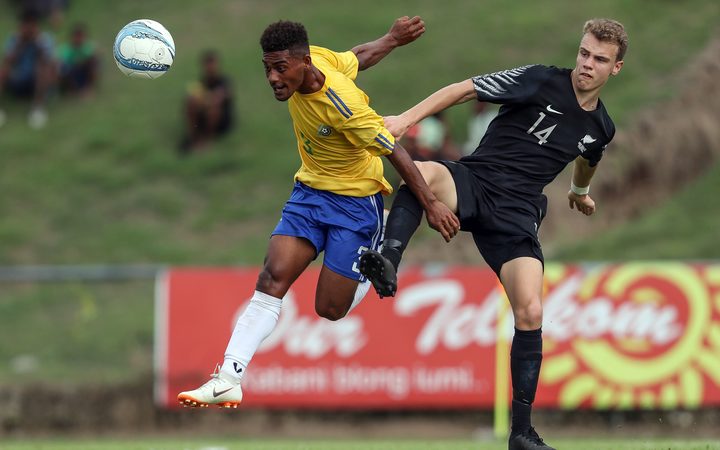 New Zealand won the final of the 2018 OFC Under 16 Championship, beating Solomon Islands in a penalty shoot out. Photo: PHOTOSPORT