Albert Nicholas is free to carry on as a Cook Islands MP as he has not been convicted of any crime, the Clerk of the Cook Islands Parliament says. 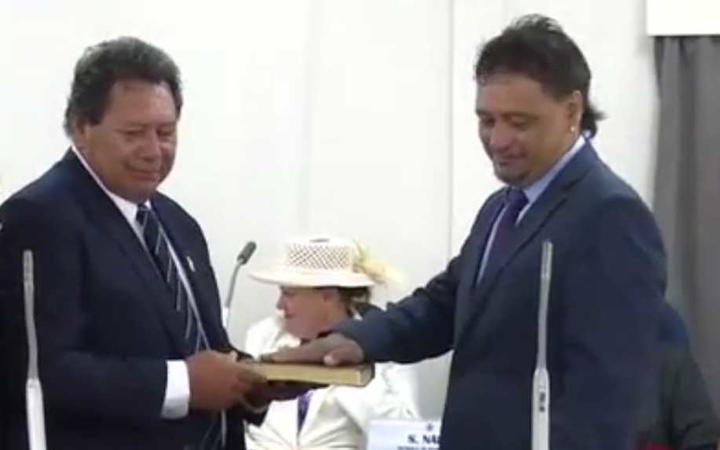 Tangata Vainerere confirmed the newly sworn in MP for Avatiu-Ruatonga-Palmerston is facing an arrest warrant from New Zealand Police and is in what the clerk called "a little bit of a legal situation right now".

Mr Nicholas was due at the Manukau District Court on 26 March to face a charge of unlawfully taking a motor vehicle but he failed to appear, instead returning to the Cook Islands.

Yesterday, he was sworn in as one of three new members of Parliament.

Mr Vainerere said Cook Island regulations did not bar any member from Parliament even after being arrested.

"Our laws clearly say that when a member is convicted of any crime under the Crimes Act, then that member will be dealt with accordingly by the Privileges Committee of Parliament and they will be declared no longer Members of Parliament," he said.

"So that's why yesterday he had to go through his swearing in on the presumption that everyone is innocent until proven guilty."

The clerk said he had not received any communication about the matter from Cook Islands Police or the Crown Law Office.

Mr Nicholas and other Cook Islands Party members are attending Parliament and could not be reached for comment.