Fiji will need the support of their famously fanatical fans to lift them to a record extending 5th Hong Kong title in a row, their coach says. 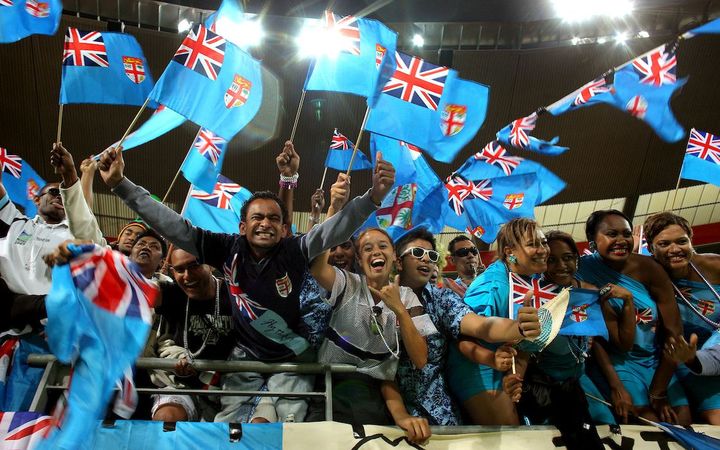 The defending champions take on Kenya in pool play today and Australia and New Zealand tomorrow.

Coach Gareth Baber said Fiji had been training away from the limelight of central Hong Kong but were now hoping to be energised by their supporters.

"We deliberately went and stayed out of Hong Kong because of how busy it is. We needed to gain focus," Baber said.

"I haven't seen a huge amount of supporters yet. I know that come Friday and Saturday that will be a different case," he said.

"As I've said before, wherever we travel in the world we've got great support from Fiji fans and going for what we will be this weekend, we'll need every ounce of support they can give us."

The Olympic champions have won a record 18 titles in Hong Kong, making it a city where Fiji loves to play, the coach said.

"We're under no illusions in how tough it is this year with the quality of teams opposite us but the focus is very much on delivering what we set out as a mission at the beginning of the season and doing it the right manner, doing it in the way that we love to play rugby. The behaviours that the players show around other teams and on the field as well," he said.

"And most importantly doing it for god and for country."

After winning the Cape Town and Hamilton legs of the World Series, Fiji are currently third in the standings behind leaders USA and 2nd placed New Zealand.

Hong Kong is the 7th tournament on the 10 stop global tour.