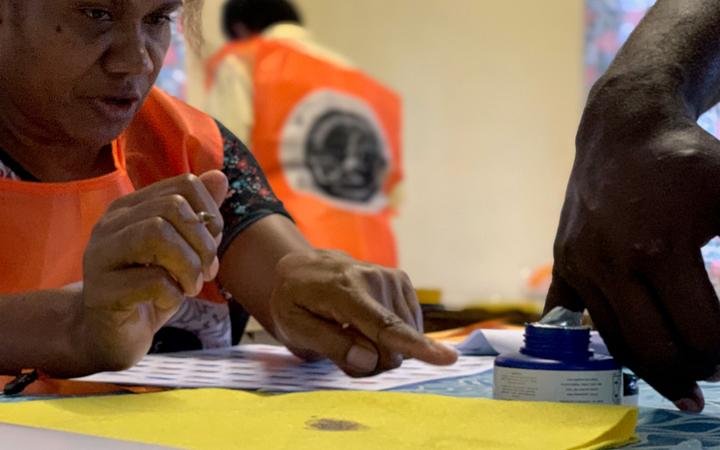 A good turnout of voters in Solomon Islands was marred by several irregularities at polling places.

People turned up at the wrong polling stations, and others claimed to have been omitted from the roll altogether.

Polling stations have now closed across the country, although some people who were already in line are being allowed to cast their ballots.

For the first time, ballot boxes will be taken to the provincial capitals for counting, which is likely to begin on Thursday.

Also for the first time, parades - including victory flotillas between islands - will be banned because of safety fears.

The chief electoral offficer, Mose Saitala, was expected to address the media later on Wednesday.