Samoan health authorities will resume vaccinations for measles, mumps and rubella, or MMR, on April 15. 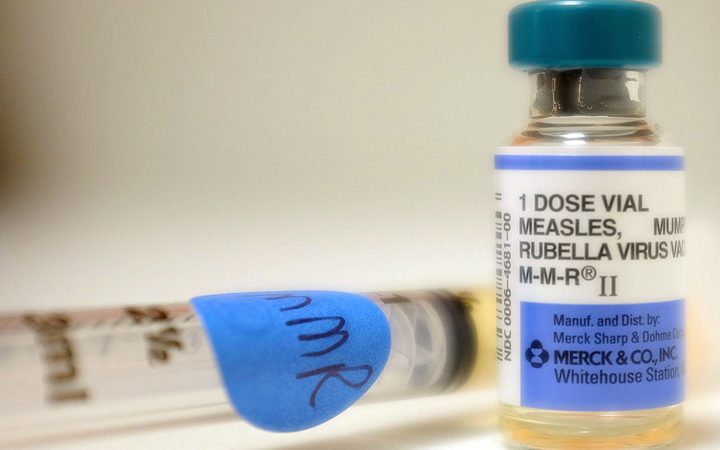 The immunisation programme has been suspended for several months after the deaths of two children last July following their MMR vaccinations.

The Director General of Health, Leausa Take Naseri, said the deaths were a mistake caused by human error and the vaccine is "100 percent safe".

Leausa told reporters on Tuesday there's a lot of vaccinations to catch up on for children who have missed out.

"I feel now we have a lot of work to win back the confidence of our people into the vaccination process."

Leausa said vaccination processes had been improved following the investigation into the deaths,including a supply of new refrigerators to store the vaccines.

He added that some RSE workers from Samoa had been vaccinated for MMR to protect them from a reported outbreak of measles in some parts of New Zealand.

The World Health Organisaton, which has worked closely with Samoa in its response to the deaths, is backing the government's move to resume vaccinations.

Speaking to reporters on Tuesday in Apia, its regional director, Takeshi Kasai, said the government's investigations had been rigorous and commendable.

"I have three daughters myself so I can understand how the parents who lost those two babies feel. Their grief will never disappear."

The trial of two nurses charged over the childrens' deaths has been delayed until June.