Transparency Solomon Islands says it's concerned about new mining licences to a company at the centre of an environmental disaster.

The licences given to Bintan Mining Solomon Islands are under fire amid a cleanup of an estimated 100 tonnes of its oil spilled into a marine reserve.

Since a ship contracted by Bintan grounded on a reef off Rennell Island in early February, the company has faced widespread criticism.

But on 8 March, just one day after Prime Minister Rick Hou threatened to put it on an international blacklist, Bintan was issued two mine prospecting licences.

The licences, which were confirmed by the Director of Mines, Nicholas Biliki, are in the islands of Isabel and San Jorge in Isabel province.

Transparency Solomon Islands said Bintan's licences should be revoked because of the damage done on Rennell.

"Why issue the Licence to a company we know how incapable and irresponsible the company is when it comes to risk sharing of benefits, management and capacity to deal with any disaster," the NGO said in a statement.

Meanwhile, officials estimate it will take at least two months to salvage the grounded ship.

Mr Biliki declined to be interviewed on Thursday but said he would issue a statement to local media.

The Mining Minister, Bradley Tovosia, appeared to have disconnected his office phone after repeated calls from RNZ Pacific.

Officials estimate it will take at least two months to salvage the ship, the MV Solomon Trader, with the spill contained only this week. 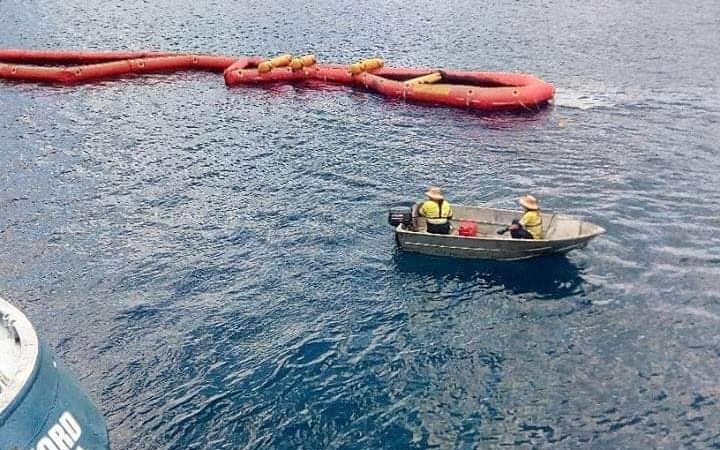