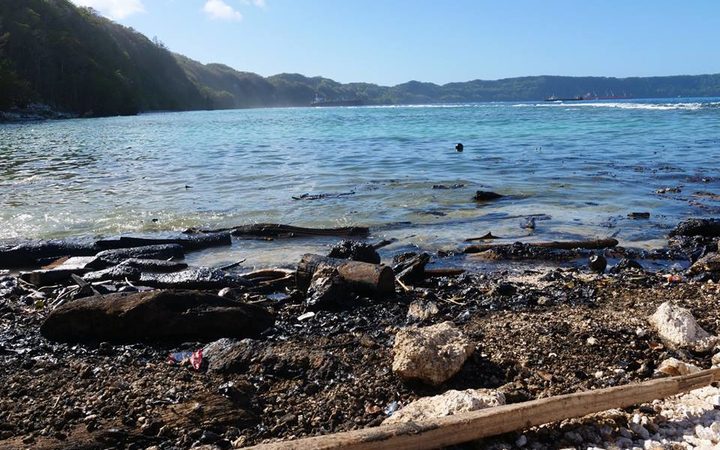 There's a report in Solomon Islands that a group of New Zealand journalists have been barred from covering the oil spill disaster on Rennell Island.

The Solomon Star said police told the TV3 journalists that, at a directive from the Disaster Management Office, they would not be allowed to enter the site of the spill.

Bauxite carrier MV Solomon Trader ran aground six weeks ago, spilling about 100 tonnes of oil over a pristine bay that is part of a World Heritage site.

Today responsibility for the cleanup was taken over by salvage company Resolve Marine.

The Australian Maritime Safety Authority had been leading a multi-agency cleanup, sweeping up hundreds of litres of oil in the sea.