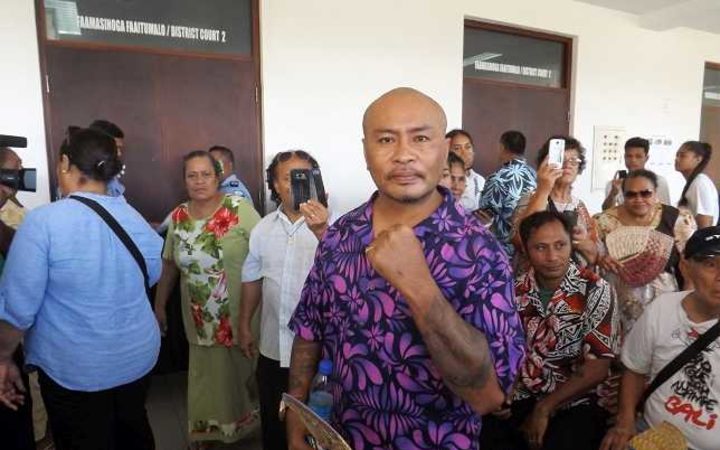 Talalelei Pauga, who won notoriety for throwing a pig's head at the Samoan prime minister, has pleaded guilty to an immigration offence.

He had been accused of making a false declaration on a passenger arrival card when he entered the country in January.

Pauga had wrongly claimed he had no criminal record.

Pauga threw a pig's head at Tuilaepa Sa'ilele Malielegaoi in Brisbane last year, in what he called a protest over the prime minister not listening to the people of Samoa on important issues facing the country.

Pauga was charged by Australian Police with disturbing the peace after the incident but was later discharged without conviction.