The Pacific Games Council remains hopeful the Northern Marianas can still host the 2021 Mini Games, despite the Governor announcing they would pull out due to the destruction brought by Super Typhoon Yutu.

Ralph Torres said the Category 5 super typhoon in October had strained the CNMI's coffers and greatly affected the government's ability to financially back the Games. 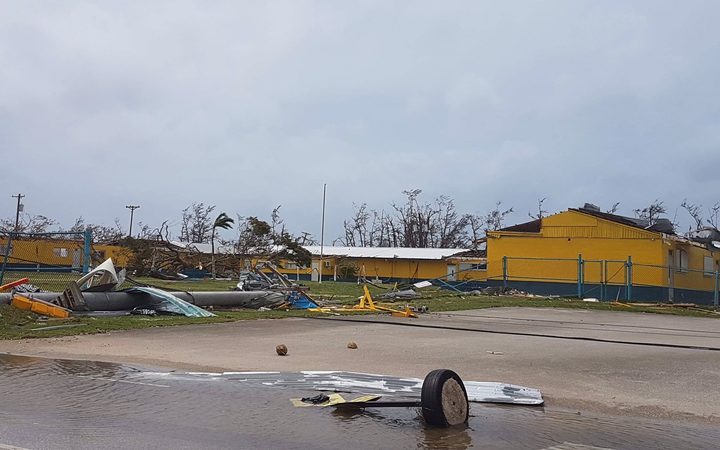 But Pacific Games Council CEO Andrew Minogue believes a solution can still be found to keep the event in Saipan.

"They were looking forward to the Games coming to Saipan and we all were," he said.

"They've got all the facilities in place - or did have prior to the typhoon and it's a location that's certainly capable of hosting the Games.

"We will hopefully get over there next week and have a look around and meet the Governor and try and look at ways to work with him and his administration to see what we can do to keep the Games there."

Andrew Minogue said when the Tonga Prime Minister announced in 2017 the Kingdom did not want to host this year's Pacific Games the Council tried to work with the government to reach a compromise solution and is willing to offer the same concessions to the CNMI.

"The first thing that the Games Council did was to go and meet with him and offer him some potential solutions if cost was the consideration - how we could make the Games cheaper, how we could look at streamlining the sports programme or the athlete numbers per sport," he said.

"There's lot of things we can look at and I think we want to go through that same process with Saipan. I don't want the Governor to be thinking they have to actually deliver every single thing that they promised back in 2014 when they were successful with their bid.

"I think we're all very sympathetic to what's happened with the natural disaster last year. I think when they won their bid they were unopposed so the movement unanimously wanted to go to Saipan in 2021 so I think it's incumbent on us to do what we did last time with the Tonga situation and meet the Governor and see what we can do to help."

The Northern Marianas Sports Association said it "understands and appreciates the Governor's position regarding the CNMI Government's support for the Pacific Mini Games" but remains hopeful a solution is possible.

In a statement, the NMSA said: "we are committed to working with the Governor to find a way forward which will allow the Games to take place".