A month after a bulk loader ran aground in Solomon Islands, the salvage operation has only just swung into action. 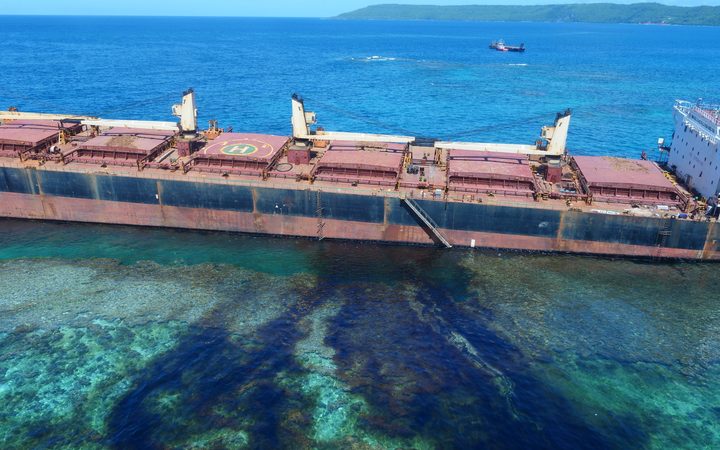 The ship, the Solomon Trader, got stuck on a reef in Rennell while loading bauxite during a cyclone on the 5 February.

Since then, it's spilt about 100 tonnes of oil into a world heritage marine area.

The initial slow response by the companies responsible has angered the governments of Solomon Islands, Australia and New Zealand, which have contributed to the clean-up.

"Everything is moving, but the actual extracting the oil of the ship has not started. But containing the flow, they've set down the booms and everything that will avoid devastation from what oil is still coming out, that is being done."

He said dead fish have washed on beaches, and people who live nearby have felt ill because of the fumes.

"There are dead fish and crabs and all that. The fumes that is coming out from the oil is also affecting communities and I just had a report it also impacting on the chicken and birds.

"They reported that a village very close to that area had seen chickens dying or something."