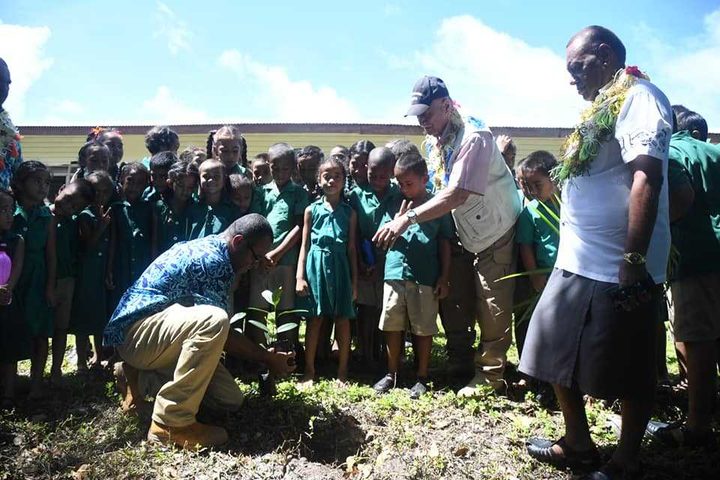 Fiji President Jioje Konrote (with cap) with children and government officials during the launch of his Tree Planting Initiative on Rotuma Island. Photo: Fiji Government

Mr Konrote and his wife Sarote are on a tour of their island home, Rotuma, to promote his initiative to plant four million trees in four years.

The Konrotes also visited Rotuma's senior citizens and attended a church service led by the women of Motusa District.