A refugee detained on Manus Island says striking staff have returned to the detention centres after a two day absence. 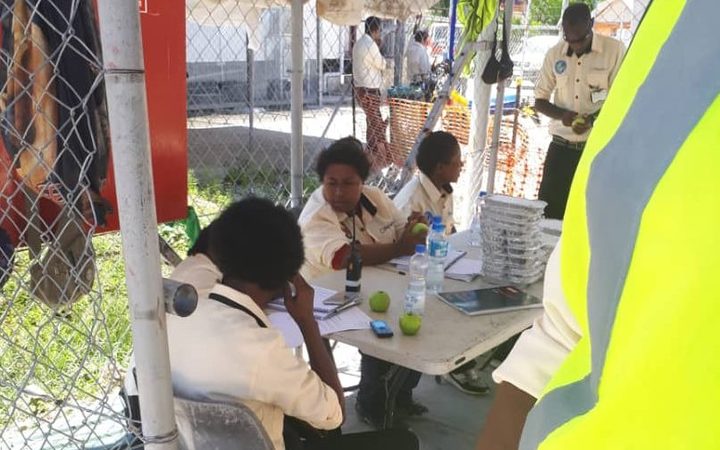 Guards employed through the controversial security company Paladin walked off the job on Tuesday, calling for higher wages.

Some are paid as little as $AU2 an hour.

The industrial action followed revelations that Paladin was awarded a $AU423 million contract by the Australian government.

The Green MP Sarah Hanson-Young said Paladin was paid about $AU20 million dollars a month for services that only cost it about $AU3 million a month to provide.

Guards back at work on Manus Island. Photo: Shaminda Kanapathi

The Post Courier reported 361 guards went on strike and that their spokesmen were suspended by the employer.

The Australian government said the refugees' access to healthcare was unaffected by the strike.

But the refugee, Shaminda Kanapathi, said health workers also abandoned their post during the protest and would not resume service until Friday.

He said guards had told him that they had given Paladin 14 days to meet their demands or they would pursue legal action.

About 600 men are in three centres on the Papua New Guinea Island, where they have been indefinitely detained by Australia without trial for almost six years.