Damage to coconut palms in Solomon Islands from the coconut rhinoceros beetle is much worse than earlier estimated, according to scientists. 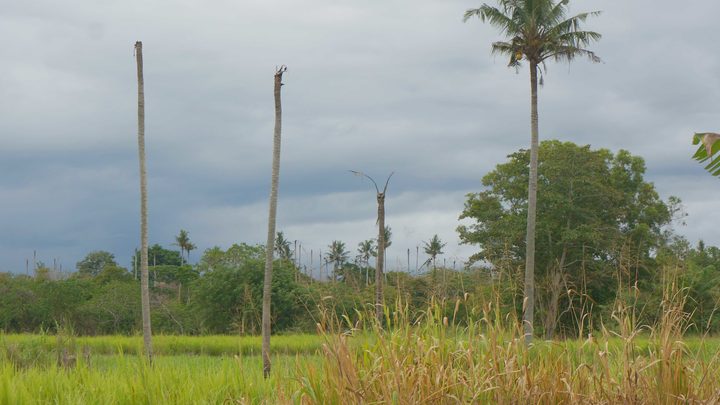 Having spread from its initial invasion site in Honiara, a new variant of the beetle is threatening copra and palm oil production and livelihoods of villagers who depend on coconuts.

He said it was much worse than we anticipated when the pest was first noticed in the Pacific around 10 years ago.

"We've seen areas where virtually all of the palms in an area have been destroyed by the beetle. So this has caused a total collapse in coconut production in those areas."

Dr Jackson said a virus previously released to bring the pest under control was no longer effective.

He said until a new control was found, efforts to stop the spread of the pest were intensifying in the Solomons. 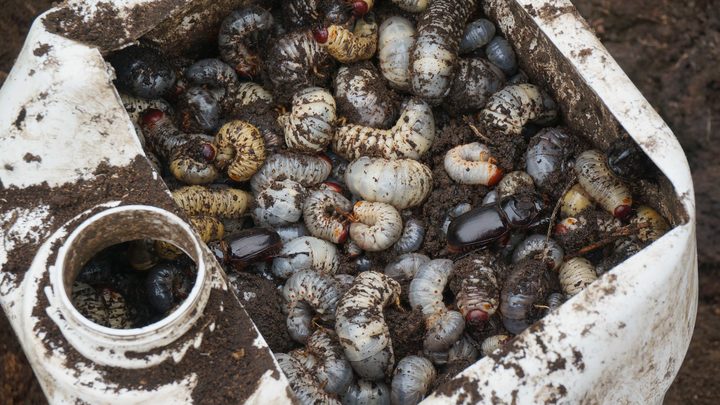 "What we saw before is if we can weaken the pest by introducing a biocontrol agent like the virus then it weakens the whole population and that effectively stops it spreading. Our problem at the moment is that we don't have an agent like that. So in the short-term the slogan in the Solomons is 'Cut, Burn and Kill'."

Dr Jackson said the slogan urged people to cut down infected palms, clean up the infected areas, and kill beetles as much as possible to counter breeding.

This voracious variant of the common rhinoceros beetle was first recognised for its aggressive damage on the island of Guam and it has since been found in Hawaii, Papua New Guinea, and now on Solomon Islands.

The beetle damages the palms by boring into the palm stem and feeding on the sap. Developing fronds in the growing point are damaged by the feeding and the plant will be seriously defoliated. Attacked heavily by the beetle, a palm will die.

Previous invasions started in urban areas and spread to the surrounding countryside but the Solomon Islands invasion is the first time the beetle has spread into the productive agricultural environment.

"Mature oil palm are being killed in the plantations as well as the young replant," said Dr Jackson.

"In some areas there is almost total destruction of the coconut palms, much worse than our first predictions of 50% loss". 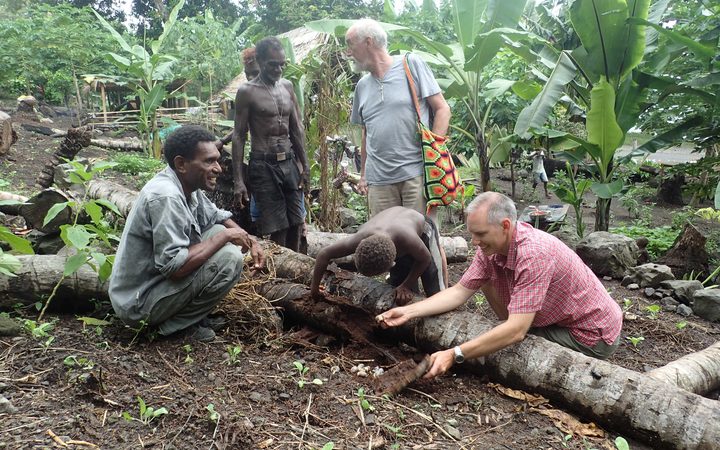 Dr Jackson and his Agresearch colleague Sean Marshall have been in Solomon Islands as part of an New Zealand Ministry of Foreign Affairs and Trade-funded project to assist Solomon Islands combat the pest.

The Ministry is providing funding to the SPC to support eradication attempts and Guadalcanal Plains Palm Oil Limited have embarked on a major campaign to limit damage to palm oil production.