The West Papua Liberation Army is refusing to bow to Indonesia's ultimatum and surrender.

After the Army claimed responsibility for a massacre in Papua province earlier this month, Indonesian security forces deployed extra troops to pursue the pro-independence fighters.

The search continues for four Indonesian road construction workers missing in Papua's Highlands region after at least 16 workers were killed by the army.

A spokesman for the Liberation Army, Sebby Sambom, presented a statement saying they would continue their war against the Indonesian state until independence is achieved.

He said Indonesia has taken over the Papua region like a thief, and that it would not be right for the homeowner to surrender to thieves.

On a video posted to youtube, Mr Sambom read an open letter to Indonesian President Joko Widodo demanding that he allow a referendum for Papuans to decide whether they want to be integrated with Indonesia.

The Army has also called for unrestricted access to Papua for foreign journalists, as well as for the UN refugee agency and the international Red Cross to help take care of civilians caught up in the conflict.

Indonesia's Political, Legal and Security Minister Wiranto has told media that the government will not enter any discussions with the Army, who Jakarta describes as a criminal group.

He said the Army had committed inhumane crimes, and that Indonesia's government would take appropriate actions to ensure its citizens were protected.

Earlier this week, Indonesia's military said the Liberation Army had an ultimatum to immediately surrender or be finished. 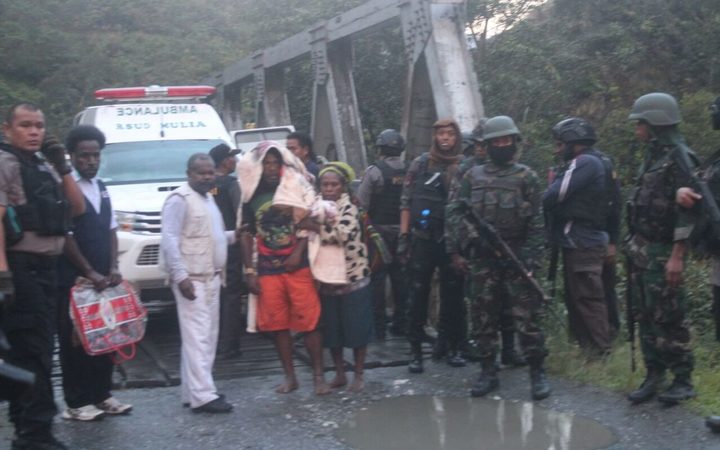