A refugee detained on Manus Island will fight for an Oceania boxing title in Papua New Guinea.

Ezatullah Kakar has won two bouts in Port Moresby and will take on John Korake for the light-middleweight title on December 22. 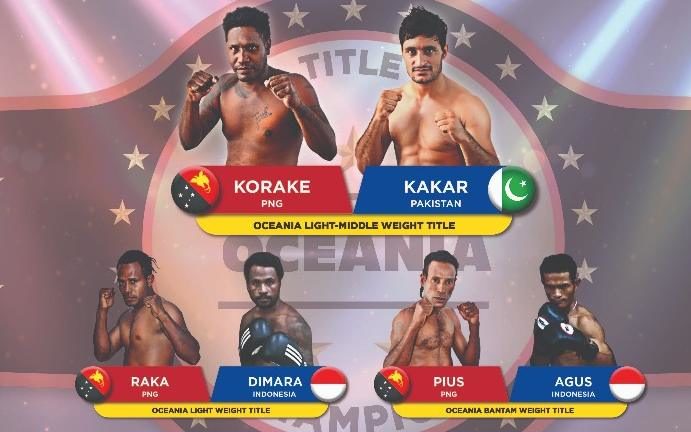 The contenders for the three vacant Oceania titles. Photo: Supplied

The 26-year-old from Pakistan said he was representing refugees detained offshore by Australia.

The former kickboxer has been training at the PNG Professional Boxing Gym, whose president, Elvin Wafewa, is promoting the title fight.

"He's quite quick with his hands," Wafewa said. "So I decided to have Ezatullah Kakar because he has good height and weight and he has good speed punches."

"I believe in Kakar if he knock him out in three or four rounds with his heavy punches." 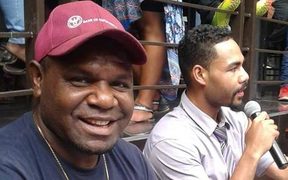 But at 37-years of age, Korake has experience on his side. Wafewa said the wily campaigner would try to wear down the young refugee.

"He has heavy punches, I hold the pads sometimes. He doesn't have a lot of speed punches but he drags around and he gives solid punches to knock out," Wafewa said.

"He won't rush the fight. He's played a lot of professionals so he knows how to knock people out from six rounds, he doesn't go quick, fast," he said.

"One of his techniques is he pulls people up to 10 rounds, 11 rounds, he takes your stamina down and then he slaps you out."

Korake and Kakar are fighting in the main event on fight night with two Indonesian boxers taking on locals for bantam and light weight titles on the undercard.

The vacant titles are sanctioned by the newly formed Oceania Boxing Association, whose patron is the former MP Ben Micah.

"We want to focus on developing a sub-regional base for boxing because boxing in the Pacific at the professional level broke down," Mr Micah said. 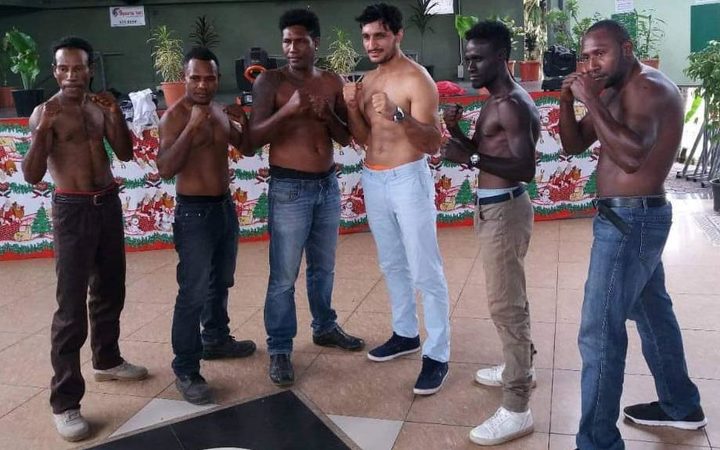 "Our aim is to base this organisation here in Papua New Guinea and to make Port Moresby the boxing capital of the Oceania region."

While he thought it could be good for professional boxing in PNG for a young, foreign fighter to claim the title, the promoter said he favoured the veteran to win.

"I'm on the side of John Korake because of the experience that he has. If Kakar drags him too long then he might string him with the timing and knock him out," Wafewa said.

But the challenger has experience of his own. In 2012, he won a silver medal at the World Martial Arts Festival in Iran and said he had also fought in a tournament in Moscow and a two month mixed martial arts camp in Dubai. 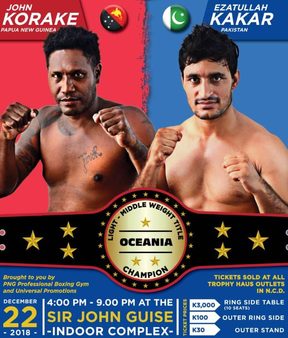 Poster promoting the bout between Korake and Kakar. Photo: Supplied

The refugee is confident, and having endured five years in detention on Manus his resolve is beyond question.

"I can't believe five years I spent in Manus but I'm still fit," he said. "Five months (in Port Moresby) they made me strong, more than before."

"I will win this title."

Kakar said he hoped victory would enhance his appeal to countries able to resettle refugees through private sponsorship. In exchange he is offering Olympic gold.

"I hope New Zealand will sponsor me and give me a chance and try me," Kakar said.

"Get me free and I promise I will bring a gold medal from the Olympics. If I didn't bring, kick me from your country."