The scale of damage from powerful Typhoon Yutu in the Northern Marianas is slowly becoming more clear. 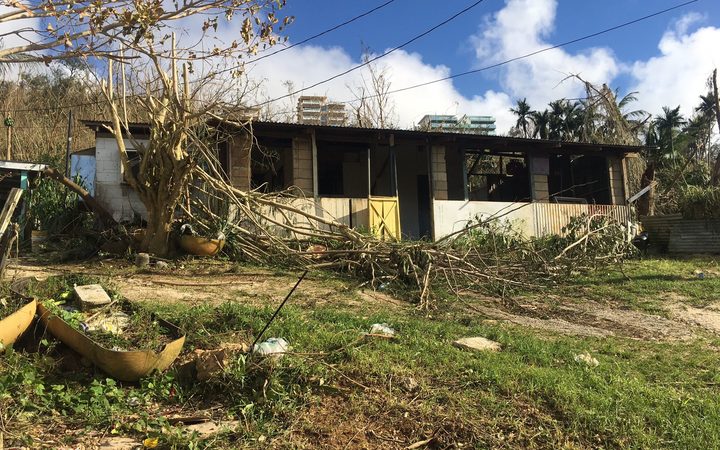 The US territory was directly hit by the category five storm on Thursday, with winds exceeding 350 kilometres an hour.

Authorities have confirmed the death of a 44-year-old woman, who died when a building collapsed on top of her during the typhoon.

Power remains largely out in the territory, as the clean-up gains pace, while many buildings have been destroyed or badly damaged

Our correspondent on Saipan, Mark Rabago, said up to a thousand people were taking up temporary shelter around the island.

He said authorities were only just beginning to learn of the impact on the less populated Tinian, but that early reports were grim.

"Like 80 percent of its homes are lost, they don't have water, they don't have power. They're having really big trouble trying to reach inaccessible points of the island that were isolated because of the typhoon."

Mark Rabago says 133 people were reported to have been treated at the Commonwealth Health Centre for injuries from the typhoon.

The territory embarked on a significant clean-up campaign at the weekend, for which authorities and military forces have helped provide materials and tools.

But Mr Rabago said that as the extent of the destruction caused by Yutu became more evident.