Fiji says it will use its seat on the UN Human Rights Council to pursue better climate change resilience, and fight for the rights of children and gender equality in the Pacific. 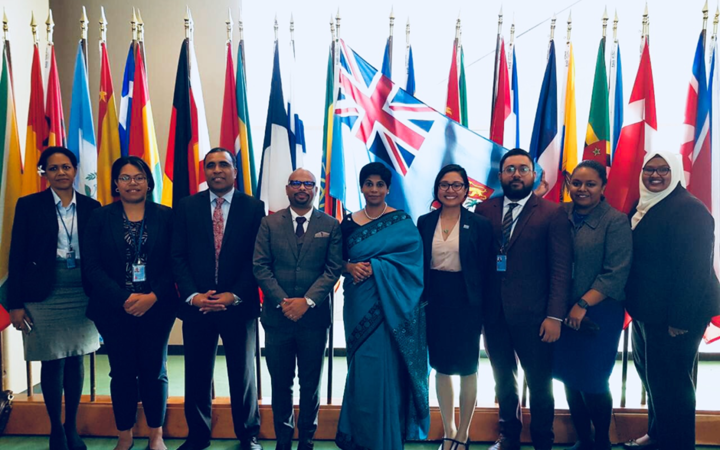 Earlier this month, Fiji became the first Pacific Island country to join the international body, which is responsible for promoting and protecting human rights.

Fiji's Permanent Representative to the United Nations, Nazhat Shameem Khan, said climate justice for everyone will be a priority, especially for the Pacific.

"Making sure we have national mechanisms for responding to disasters which are built on resiliance and which include a very close relationship with civil society at commuinty level so we can ensure that everybody is reached in building resiliance.

"Therefore no one is missed out when we have a hurricane and a cyclone which as you know we have so many of in the Pacific."

Ms Shameem Khan said Fiji's appointment is the next step towards achieving the country's human rights goals, which include improving conditions for children in the Pacific.

Fiji would also work to improve children's rights in the Pacific, an area which communities in the region have lagged behind in culturally, said Ms Shameem Khan.

"We in the Pacific, we all come from very traditional societies where children haven't always been given a voice, nor have they been empowered," she said.

Fiji lawyer and opposition politician Aman Ravindra-Singh said he was "shocked and disgusted" to hear Fiji had won its seat, because of its human rights record.

Amnesty International's Pacific researcher, Roshika Deo, said Fiji has been given an opportunity to advocate for small island states and their issues but the country has a lot of work to do to address its human rights record.

"Fiji does not have a very good record of implementation and protection of human rights so this has to be a way [forward] together," she said.

"It's important not to get defensive in this journey, every country has its faults, so there's no point covering up for our faults. The point is, let's confront them.

"If there have been incidents in our history which we are not proud of, then let's ask ourselves whether we have created institutions which develop rules of accountability and which are consistent with human rights standards around the world."