Fiji's Sitiveni Rabuka says his party's campaign to win the next election continues after he was acquitted of electoral fraud. 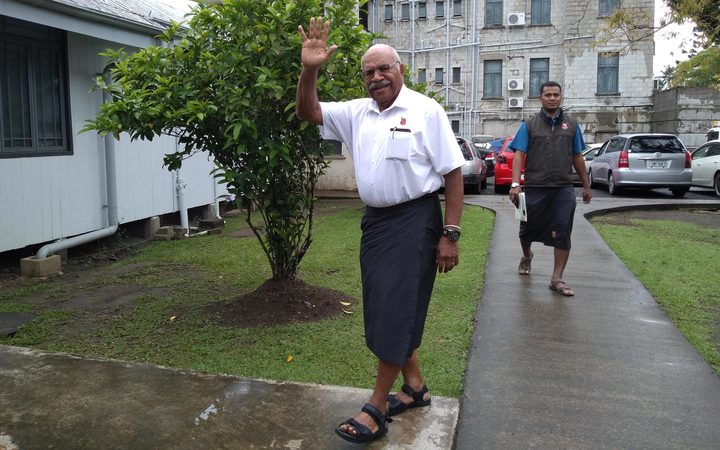 Mr Rabuka was charged by Fiji's Independent Commission Against Corruption under Fiji's political party regulations - for providing a false declaration of his assets, income and liabilities.

If convicted, he would have been out of the running for the 14 November polls.

One of Mr Rabuka's lawyers, Lynda Tabuya, said the magistrate ruled the prosecution had not presented certain necessary evidence and failed to prove he had offended deliberately.

"They could not prove the mental element, the fault element of the offence which is that he knowingly left out that information, therefore the magistrate found Mr Rabuka not guilty," she said.

After the ruling, at a press conference packed with party supporters, Mr Rabuka said he was grateful to be able to look to the courts to uphold justice.

" I am so glad that I went through that because nobody is above the law. We must all display and demonstrate that we as citizens of this great country are prepared to uphold the law," he said.

Ms Tabuya said the prosecution had 21 days to appeal.

She said proceedings on another charge against Mr Rabuka for breaching bail had been adjourned until 23 November and would not jeapardise his running chances.

"Absolutely he is eligible and he is ready and the party is moving forward with him at the helm," she said.

SODELPA would launch its manifesto on the northern island of Vanua Levu on Saturday, he said.