The leader of FijiFirst, Frank Bainimamara, says he wants to lead a government without an opposition after the 14 November general elections.

Mr Bainimarama shared his aspirations during a campaign rally in the Nausori district near Suva on Saturday. 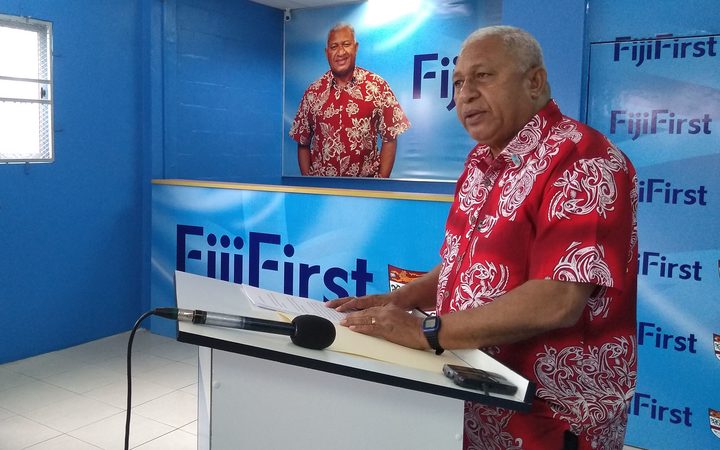 According to a Fijivillage report, Mr Bainimarama said FijiFirst wanted to win all 51 parliamentary seats because he believes the opposition "brings inequality".

FijiFirst ruled with a two thirds majority in the last parliamentary term, with the Social Democratic Liberal Party (SODELPA) and National Federation Party (NFP), on the opposition benches.

Mr Bainimarama claims the Sitiveni Rabuka-led SODELPA existed to promote the interests of the indigenous people only, while the NFP was established to cater for the needs of Fijians of Indian descent.

FijiFirst cares for everyone equally, according to Mr Bainimarama, Fijivillage reported.

Mr Rabuka strongly denies the claims that SODELPA is a nationalist party.

"We are nationalist in the sense that we are for Fiji," Mr Rabuka said.

The former military strongman added "SODELPA will continue to promote the theme of civilisation and Christianity, carrying on from what was started in the Deed of Cession."

The NFP also put out a statement on its official Facebook page questioning Mr Bainimarama's intentions of leading a government without an opposition.

According to NFP, Mr Bainimarama aspires to make Fiji " a robotic country whose people should be satisfied and happy with what he dishes out and should not whimper about anything."

While The Fiji Times reported that people showed up in hundreds, Fiji Sun and state-owned Fiji Broadcasting Corporation reported as many as 3000 people from various parts of the country were part of the event.