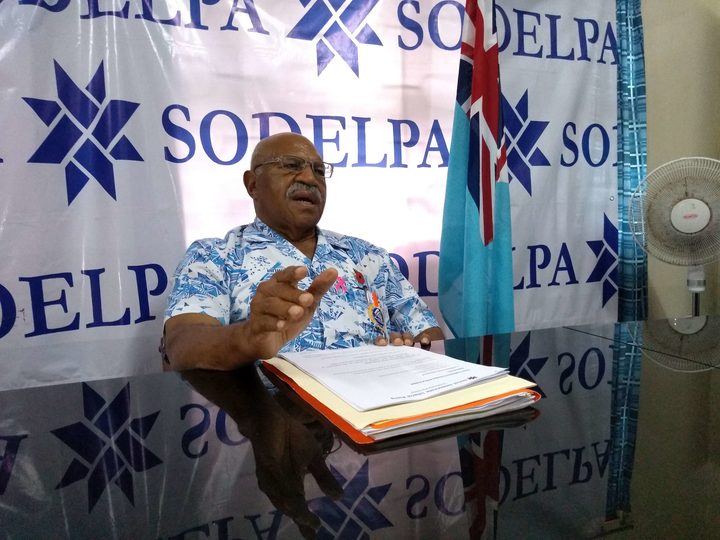 Fiji's Social Democratic Liberal Party is confident it can form the next government, its leader Sitiveni Rabuka says.

The former prime minister and coup leader believes the party, better known as SODELPA, has done enough to attract a high number of voters, despite the odds being stacked heavily against him.

Mr Rabuka, due in court just weeks before the 14 November election accused of breaching the Political Parties Act, is still struggling to improve the party's profile in local media.

At the last election in 2014, the party was constantly portrayed in a "negative way" by the interim military regime but things have changed in the past four years, Mr Rabuka said.

According to him, although the opposition was very restricted in parliament, "we had enough avenues to show that we have the calibre of people that can effectively participate in national leadership."

Mr Rabuka was chosen to lead the party mid-way through the last parliamentary term but a conviction at court could yet see him disqualified from running in the election.

He's accused of falsely declaring his assets and liabilities to the Supervisor of Elections and also for breaching bail conditions, to which he's pleaded not guilty.

Mr Rabuka's trial is set to start on October 15.

Meanwhile, Mosese Bulitavu, who was released from prison in August, is among four remaining provisional candidates announced by SODELPA yesterday.

He was sentenced to nearly two and a half years in jail in April for spraying graffiti with seditious intent but after an appeal the High Court set aside his conviction and sentence and ordered a retrial.

SODELPA is the second political party to name its full list of provisional candidates after FijiFirst announced its nominees two weeks ago.

Both parties are fielding a full line-up for the 51 seats in parliament.

SODELPA's president, Ratu Naiqama Lalabalavu, is also among the party's nominees, seven of whom are women, including the leader of the opposition in the last parliamentary term, Ro Teimumu Kepa.

Other political parties are expected to name their full list of provisional candidates in the coming days, with nominations closing on October 15.