A convention has been signed in French Polynesia to commission a history commemorating the legacy of the French nuclear weapons tests. 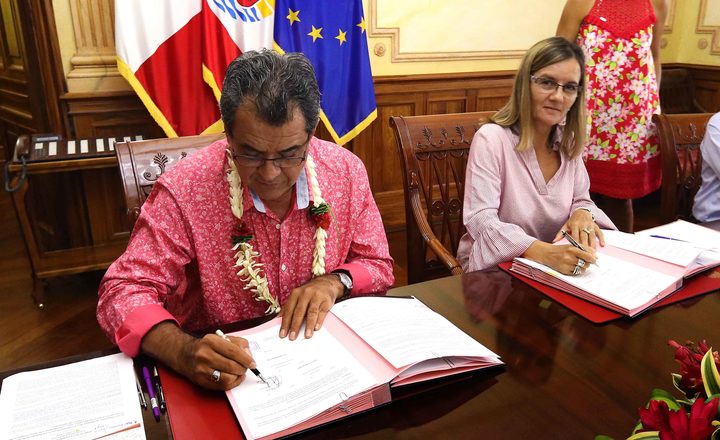 France detonated 193 bombs over a 30-year period until 1996, and two years ago, the then French president Francois Hollande acknowledged that the tests had an environmental impact with consequences for people's health.

A memorial site is planned in Tahiti which is hoped to include displays of the history of the tests as well as testimony of those involved or affected by the nuclear tests.

French Polynesia's president Edouard Fritch and Professor Nabila Gaertner-Mazouni have now signed a convention, clearing the way for researching the history over 26 months until the end of 2020.