Papua New Guinea's three athletes at the Youth Olympic Games are targeting more international competitions to build on their experiences in Buenos Aires.

Golfers Terrence Coleman and Natalie Mok finished 38 and 42 over par respectively in the men's and women's strokeplay events, while swimmer Leonard Kalate finished sixth and seventh in his 50 and 100m breaststroke heats.

Team PNG Chef de Mission Karo Lelai said all three athletes have learnt a lot from their time in Argentina.

"They now know what it takes to be the best or just being around other athletes that are competing in the same event and performing at a much higher level," she said.

"It gives them something to sort of touch and feel and have a real understanding of what is needed, how you need to behave, what sort of warm-up (is required). 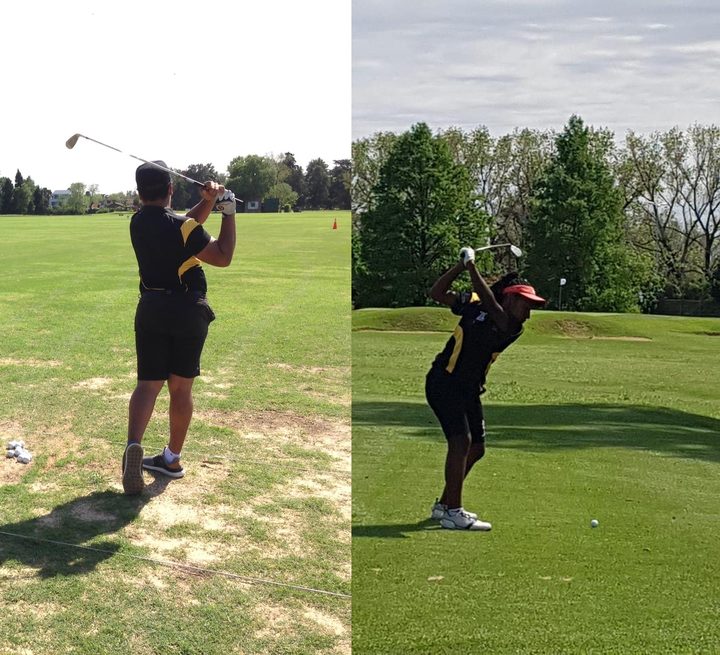 Terrence Coleman and Natalie Mok in action on the final day of men's and women's strokeplay competition. Photo: Supplied/Team PNG

"What do the champions do? That sort of thing - how do they react if they make a mistake?"

All three of their athletes have the 2019 Pacific Games in Samoa in their sights but hopefully the Youth Olympics can open the door to more top events, Lelai said.

"What they need more of is international, high-level competition - continuous competition for them to really continue that momentum because otherwise they just go back home and it's not the same," she said.

"Leonard trains in Lae and the only pool there is 25m and shallow - you can literally walk from one end to the other and it's like waist-deep.

"And he's only had five races this year so it showed when he was in the pool but he did his best regardless and he's come close to his personal best."

Tomorrow is a day off for Team PNG but Coleman and Mok will compete in the golf teams event that starts on Saturday local time. 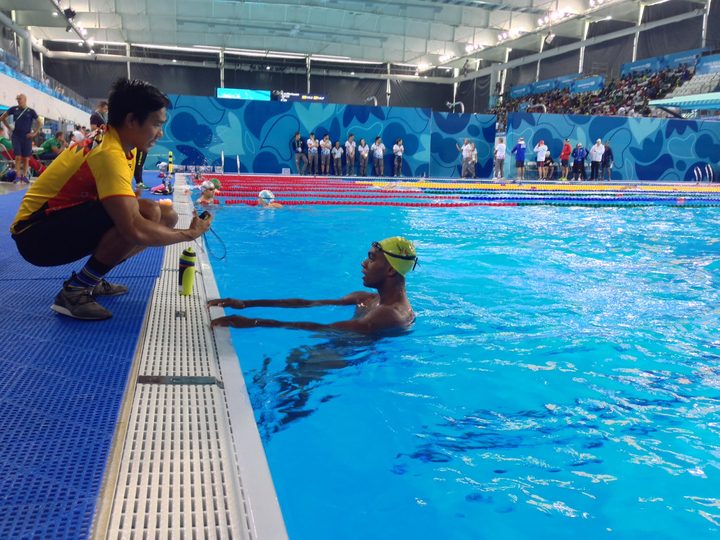 In other Pacific results, Margie Winter from the Federated States of Micronesia has won her women's 50m freestyle heat.

The 16-year-old touched home in 29.80 seconds, more than half a second ahead of Ramatoulaye Kamara from Senegal.

Palau's Roylin Akiwo finished third in the same heat, with Kayla Hepler from the Marshall Islands sixth of eight competitors.

The Vanuatu men's hockey team scored for the third match running despite a heavy 17-1 defeat by Zambia while the women's side were beaten 14-0 by Austria.

The Tonga women's futsal team conceded only one second half goal as they went down 8-0 against European giants Spain while American Samoa were beaten by Turkey and Venezuela in their latest women's beach handball matches.