A critical meeting in Port Moresby between the governments of Bougainville and Papua New Guinea has been extended into today.

Thursday's Joint Supervisory Board meeting was called to prepare for Bougainville's referendum on independence next year.

The meeting was due to decide on the question for the referendum but the PNG Prime Minister, Peter O'Neill, wanted more time. 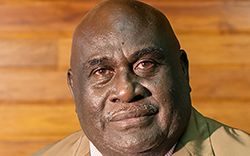 The MP for South Bougainville, Tim Masiu, said the Autonomous Bougainville Government was firm that the issue of the question had to be resolved now.

The meeting was reconvening today after officials had worked on the matter overnight, Mr Masiu said.

"The Bougainville team made it very clear to the Prime Minister that they don't want to go back home empty handed," he said.