Coral reefs in the Pacific are likely to become weedy, unattractive and only inhabited by the few fish species that can adapt to warmer seas, a marine scientist says. 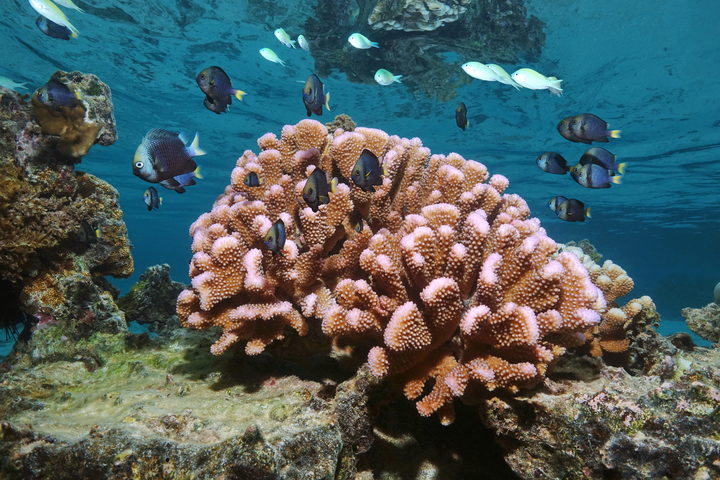 An international climate report released on Monday said coral reefs wwould decline by between 70 and 90 percent with temperatures warming by 1.5 degrees but a two-degree rise would mean the loss of virtually all coral reefs.

The University of the South Pacific's Stuart Kininmonth said the report from the Intergovernmental Panel on Climate Change showed coral reefs were the canary in the coal mine for other ecosystems as the planet warmed.

"The relationship between a dead, weedy coral and fish is pretty clear. There's going to be all sorts of changes in the fish populations. We don't expect to see a massive fish crash as a result of corals changing their shape and form. But we do expect that the system will not be as resilient and not be as diverse", he said.

Dr Kininmonth said more needed to be done to protect the sensitive ecosystems as many people were dependent on reef fish as their main source of protein.