Global warming above 1.5 degrees celsius would threaten the very fabric of Pacific islands and communities, a Pacific environmental agency says. 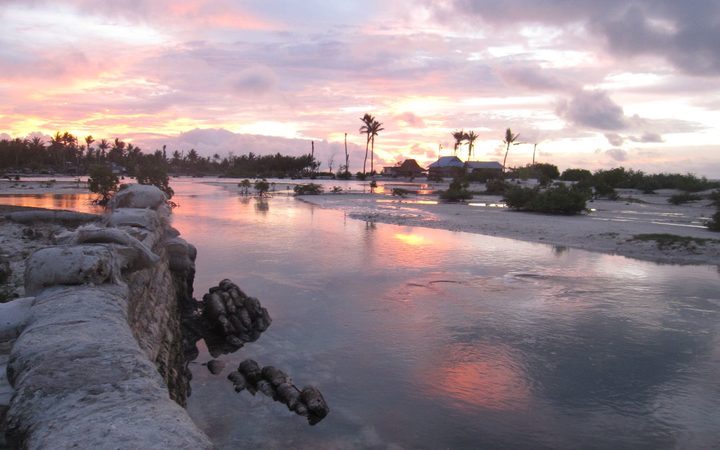 Kosi Latu, the director general of the Secretariat of the Pacific Regional Environment Programme (SPREP), was responding to the latest report by the Inter-governmental Panel on Climate Change (IPCC).

Mr Latu said the evidence was clear from over 6000 research papers and 91 authors from across 40 countries.

"We are beyond disputing or questioning the report and the science from the IPCC. We now need to question ourselves," Mr Latu said.

The messages within the report would generate both hope and fear, but it was abundantly clear in terms of the need for action, he said.

Climate change was a threat that no nation, however wealthy, could afford to ignore.

"We ourselves are also making sure we take action at the national and Pacific regional level with actions to reduce our greenhouse gas emissions," Mr Latu said.

economic growth would be reduced, he said.

A 1.5˚C increase would bring huge challenges to the Pacific but compared to two degrees and above it was a "world of possibility and hope".

"There will a future for at least some of the coral reefs so intrinsic to our Pacific identities and economies. Atoll communities will suffer as sea levels rise, but there will be hope that the ocean will stabilise," he said.

"Adaptation limits may be reached in some places, but enhancing resilience will bring possibilities for an improved future for many, including moving closer to achieving our Sustainable Development Goals."

"We are displaying global leadership for all humankind."