Papua New Guinea's Foreign Minister says economic and social development is already underway in the area around the border with Indonesia. 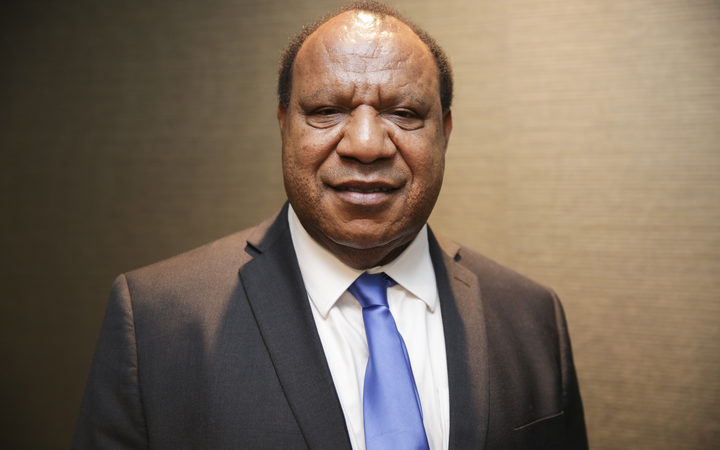 Rimbink Pato was responding to comments by National Capital District Governor Powes Parkop that PNG had not co-operated enough with neighbouring Indonesia.

Mr Parkop was particularly concerned that issues relating to the plight of West Papuans living under Indonesian rule weren't being addressed.

But Mr Pato said the two countries had forged a close relationships where all topics involving those pertaining to the border are discussed in a constructive way.

The minister said PNG had welcomed the Indonesian government policy under President Joko Widodo to take a development-led approach to the Papuan Provinces rather than a security-led approach.

He said this included close co-operation with PNG.

According to Mr Pato, Indonesia and PNG have agreed to intensify development efforts relating to schools, markets, health, the integration of the economy, and other areas.

"In fact, we have signed 13 Memoranda of Understanding with Indonesia that focus on developments and cooperation in the border areas," Minister Pato said.

"We have also welcomed Indonesia's participation in the UN Human Rights Council Periodic Review (UPR) in 2017 and that Indonesia accepted Australia's recommendation to finalise the investigation of all human rights cases in the Papuan provinces.

"Naturally we think it very important that human rights are upheld everywhere, including in our own country, and in Indonesia."

There is a steady level of interaction between Indonesia and PNG citizens who cross the border for education, to conduct business or attend to family matters.

"In July, for example, the Honourable James Donald MP, the Member for the North Fly electorate accompanied me to Jakarta where we discussed potential development and cooperation with Indonesia," Mr pato explained.

"Under this constructive approach we have the opportunity to raise all sorts of matters with each other, including advancing the rights and opportunities of everybody on both sides of the border.

"In many ways we need to catch up with the Indonesian level of development, and with their cooperation we will do our best to do so."

Minister Pato said there were some who called for public criticism of Indonesia but that was not PNG policy.

"The best way to resolve any issues is by friendly dialogue in which we raise matters with a problem-solving mind-set rather than a critical, negative attitude that leads nowhere."