Indonesia is deploying 450 military personnel to Papua in a bid to crackdown on drug smuggling on the Papua New Guinea border. 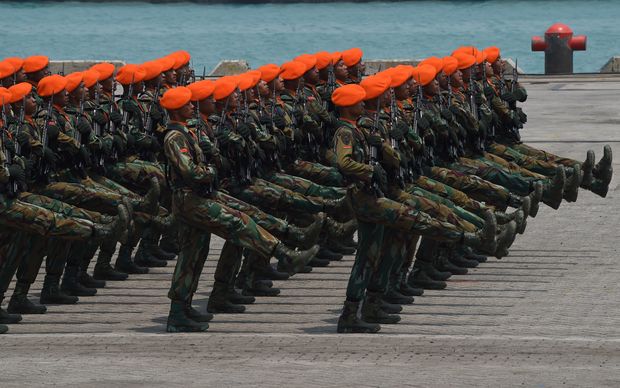 Indonesian military troops march in formation during an exercise in West Java province in 2015 Photo: AFP

Antara news agency reported the forces would travel to Merauke province on Sunday, before deploying across 16 border posts.

The beef-up is the latest move from Indonesia to improve policing on the more than 800-kilometre porous border it shares with Papua New Guinea.

The smugglers said they were planning to sell the drug in Jayapura.