Speaking from the provincial capital Jayapura, Mr Tabuni says he is in communication with friends and family back in Nduga.

He says thousands have fled from the regency since the violence surged during last month's elections because they are terrified by the Indonesian military operations.

Mr Tabuni told Johnny Blades that for locals, the recent influx of Indonesian security forces has revisited memories from 1996 when Indonesian military commander Prabowo Subianto led special forces into the same area on a campaign to save hostages held by the Free Papua movement commander Kelly Kwalik. 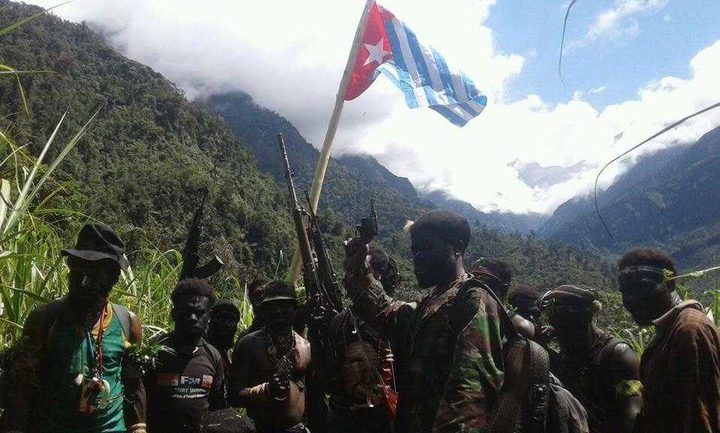 SAMUEL TABUNI: We had a very bad experience, twenty years ago, you know, the Prabowo operations to catch Kelly Kwalik and his group, and the hostages. And before the government really existed in Nduga, for the first time we were faced with the army. So our people - 85 percent are not well educated - so first time we got in touch with army it was brutality and weapons and killings and stuff like that. So we are deeply traumatised. That's why when a lot of troops... army and police coming in to Nduga, Kenyam, most of our people are afraid, you know, that the same thing is going to happen. That's what is happening now.

JOHNNY BLADES: People are sick of the violence, the fighting?

ST: After forty years being part of the Indonesian province, as a young.. I'm young. I'm representing young population here in Papua, the two provinces. I would love to see that there is dialogue in between central government and Papua people, especially those who are against the government, like OPM (Free West Papua Movement) members, so we can solve all the problems. I'm actually speaking up, trying to represent young Papuans, because we don't want to live in a world where there is conflict all the time, there is gun shots all the time. We actually are not building West Papuans being fully independent in every aspect of life. We want to see that our future is full of peace and prosperity. We don't want to be involved in all this politics and conflict and war. We have to have open dialogue to solve all the problems.

JB: It's difficult for the OPM and Jakarta to agree on the political status of West Papua. Does that mean there needs to be some compromise?

ST: Yeah I think firstly, Jakarta is scared of open dialogue and disintegration, for sure. But the OPM also believes that we have to separate from Indonesia. And then these two positions are not really facilitate young Papuans in this era. Now the era is really advanced, everything is more open. we don't want to stay in the conflict. we need some areas where we can develop our skills and develop our own people. So whether OPM wants full independence... but now central government, they say we already gave you a Special Autonomy, and use that Special Autonomy as an opportunity to develop education and economic and healthcare and stuff like that. But conflicts in special Autonomy is more than in the past, because of this politics. The regional politics as well as the politics in terms of campaigning (for) being head of regency and governors. So these two politics kill many Papuans, honestly, especially those that are young. And this is going to affect us as the next generation. We are fighting among ourselves, in conflicts. So that's why I would love to see whether there is Papuans, as independent or still as part of the Indonesian province, we have to dialogue. Dialogue openly to end all these problems.