A vanilla producer is aiming to employ 200 women in Tonga as it undertakes a huge expansion. 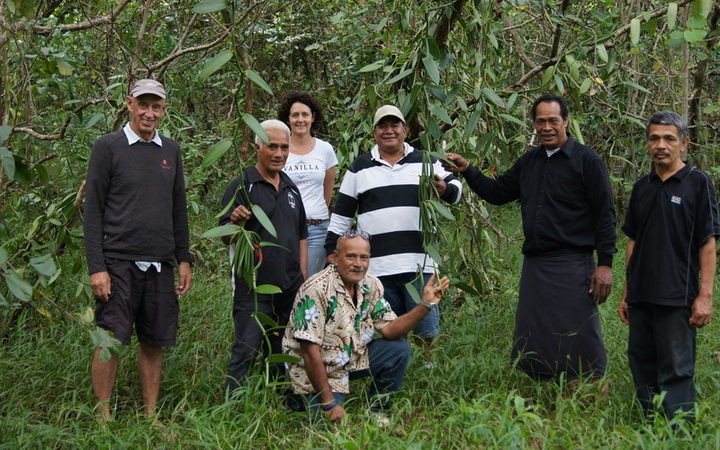 Jennifer and John of Heilala Vanilla with their team at their plantation in Tonga last year. Photo: Supplied

After 10 years of operation, New Zealand headquartered company Heilala Vanilla, is to more than double its vanilla plantings in Tonga.

It comes on the back of a surge in interest in vanilla, with Heilala exports to the United States - up 300 percent in the past year.

Chief executive Jennifer Boggiss said with another 60 hectares to come into production by 2021, it was expected to employ 200 women.

She said those women would be doing a variety of tasks.

"Right from hand pollination, weeding, plant health throughout the year and then obviously the harvest season is the very busy on, where you are picking vanilla, and curing and hand drying in the sun every day for three months. Packing and grading and sending back to New Zealand. Vanilla is the second most labour intensive crop in the world, after saffron," she said.