Journalist Barbara Dreaver has been released after being detained in Nauru while covering the Pacific Islands Forum summit, TVNZ is reporting.

RNZ's reporter on Nauru said it was understood Ms Dreaver was taken to the police station on the island after trying to interview a refugee outside of the camp.

She said they asked for her visa, told her she was breaching her conditions and stripped her of her accrediation for the Pacific Islands Forum being held on the island.

World Vision New Zealand said it helped Ms Dreaver connect with refugees on Nauru and it was contacted by its liaison person this afternoon.

They said Ms Dreaver's interview had been stopped by the Nauru police, and she was taken by them.

The Nauru Government has limited the movements of journalists covering the summit and placed restrictions on who they can talk to.

An official from the Ministry of Foreign Affairs and Trade was with Ms Dreaver during the incident.

New Zealand's opposition National party said New Zealand must get assurances from Nauru no other journalists would be detained on the island for doing their job.

"Freedom of the press is a fundamental part of any democracy and journalists must be free to tell important stories," said Foreign Affairs spokesman Todd McClay.

New Zealand's ACT party said the government should send a stern warning that millions in foreign aid will be cut if Nauru does not respect basic human rights.

Party leader David Seymour said New Zealand taxpayers would provide about $US7 million in foreign aid to Nauru over the next three years.

"Ordinary Kiwis shouldn't have to hand over millions of dollars just so the authoritarian government in Nauru can more effectively suppress liberties," he said.

Prime Minister Jacinda Ardern said she was pleased that Ms Dreaver was released.

Ms Ardern leaves for Nauru early tomorrow morning, and says once she gets there she will seek more advice about the situation.

She said the New Zealand government believed in freedom of the press, throughout the world, and that includes the entire pacific region.

The Nauru government had limited the journalists covering the summit and placed restrictions on those who got approval to go, limiting who they could talk to and what issues they could discuss.

It said Ms Dreaver was not detained, but that she voluntarily accompanied police to help them with their enquiries.

The Nauru government said no journalist on Nauru has been prevented from talking to any person, including refugees, but they needed to go through the proper channels in order to visit or go close to the refugee camps, and report from outside the Forum summit.

It said Ms Dreaver didn't follow procedures, and this potentially risked the safety and security of herself and others.

The government said it expects to be portrayed as preventing press freedom, but claimed this was not the case.

The government said Nauru as a sovereign country has the right to protect its citizens and residents, and did not apologise for its action.

The Australian Broadcasting Corporation (ABC) was also banned from covering the Forum summit after the Nauruan government accused the public broadcaster of "continued biased and false reporting" about the country. 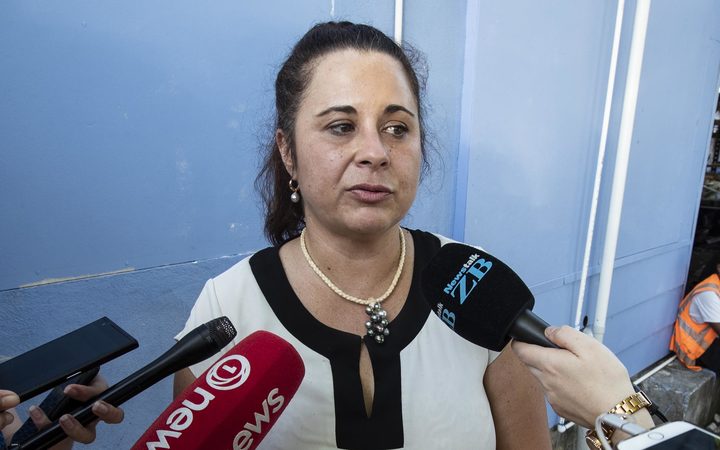