Hurricane Hector, which is threatening to hit Hawaii's Big Island later this week, has fallen back to a Category 3 storm after sitting at Category 4 for a few hours. 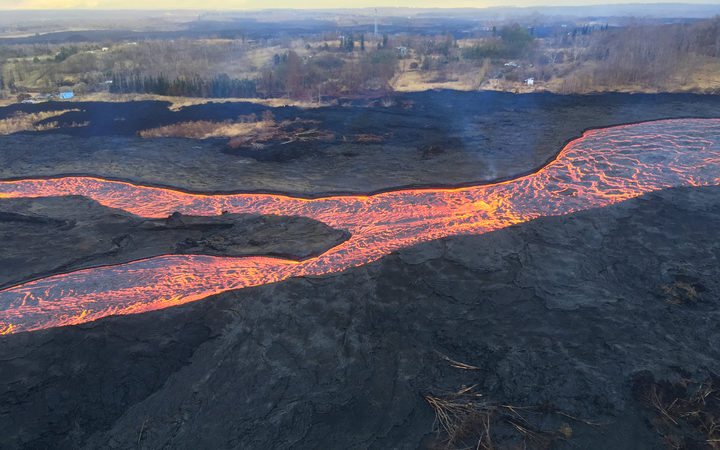 Lava flow from the Kilauea Volcano in June. Photo: AFP or licensors

The hurricane is swirling around in the northern Pacific, threatening to hit Hawaii's Big Island and possibly its active volcano, on Wednesday.

Some predictions put the storm on a virtual collision course with the Kilauea Volcano on the southern part of the island. Lava has been spewing from vents on its eastern flank since the third of May and its summit crater continues to collapse.

Scientists have differing opinions over how hurricanes and volcanoes might interact, including the question of whether low atmospheric pressure could help trigger an eruption.