National Guard troops arriving in a Hawaii town threatened by a slow-moving river of molten lava have been greeted with cheers by residents.

The 83 local troops are to provide security as the volcanic flow advances on the Big Island community, and will be working to take care of their family and friends.

However the director of Hawaii County Civil Defense, Darryl Oliveria, says the lava flow had slowed yesterday to a turtles pace, and at last watch had advanced only a few meters.

No homes have been destroyed so far, although residents have expressed concern about potential looters targeting evacuated homes. 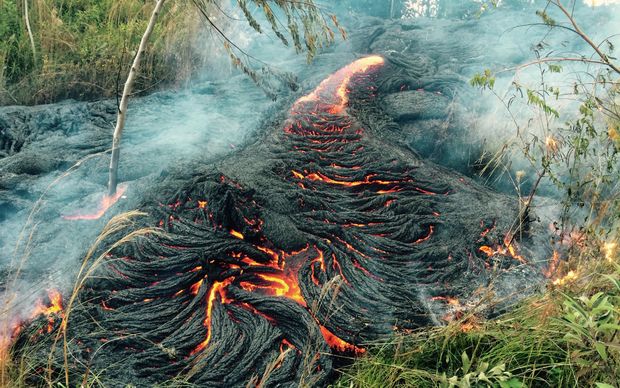