The police chief in Indonesia's Papua region has dismissed claims in an Amnesty International report about unlawful killings occurring in the territory.

Indonesian police at a demonstration in the Papuan region. Photo: Supplied/ Whens Tebay

The group claims that at least 95 people have been killed by Indonesian security forces in Papua region, known widely as West Papua, over the past eight years.

Kabar Papua reports the police chief Inspector General Boy Rafli Amar as denying Amnesty's finding that there has been almost total impunity for those police behind the killings.

He criticised the NGO's understanding of the security situation in Papua, saying as an apparatus of the state, police follow rules and face sanctions when the rules are violated.

While recognising there had been killings by security forces, Mr Boy added that police were also targeted for killings in the region. 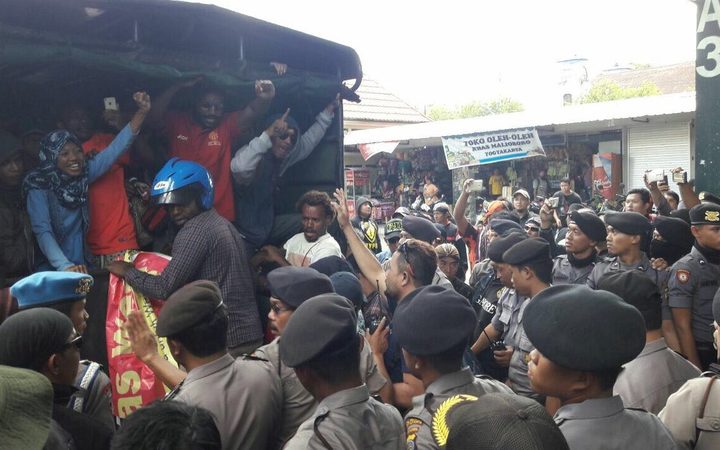 The Amnesty report noted 39 killings were at political events, such as pro-independence marches or soldiers opening fire at raising ceremonies for the West Papuan morning star flag.

But claimed 56 of the killings were in non-political contexts, such as firing live rounds into worker protests, raids on villages, or the killing of a mentally-disabled young man.

Describing the report as tendentious, the police chief said his personnel acted to provide a sense of security and comfort for the local community.