Amnesty International claims at least 95 people have been killed by Indonesian security forces in the Papuan region in the past eight years.

Indonesian police at a demonstration in the Papuan region. Photo: Supplied/ Whens Tebay

In a new report, it said forces in the restive eastern region act with near total impunity, with the overwhelming majority of perpetrators never being held accountable.

The report documents 95 deaths in 69 incidents between January 2010 and February this year.

It notes 39 killings were at political events, such as pro-independence marches or soldiers opening fire at raising ceremonies for the West Papuan morning star flag.

But 56 of the killings were in non-political contexts, such as firing live rounds into worker protests, raids on villages, or the killing of a mentally-disabled young man. 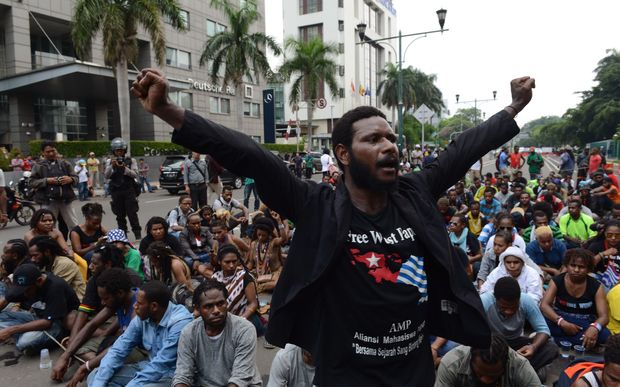 In 25 cases, there was no investigation at all.

The report said despite Indonesian president Joko Widodo's promise to prioritise human rights in Papua, killings and the impunity have shown no sign of letting up.