Rocks roughly 60cm in diameter have been found a few hundred metres away from the crater of Hawaii's erupting Kilauea volcano. 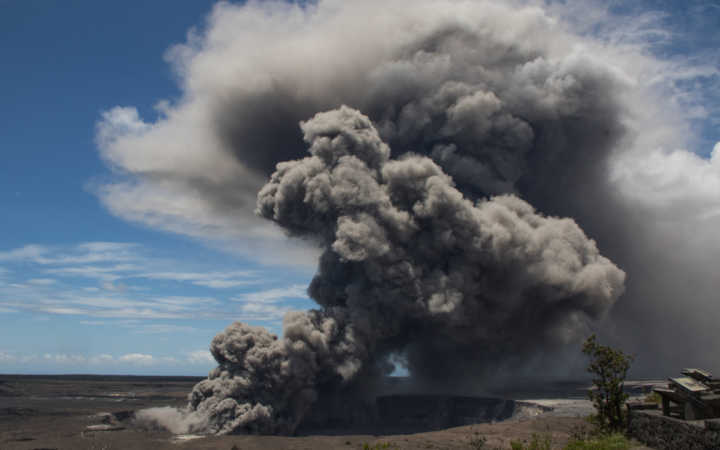 Another dark ash plume rose from the Overlook crater. Photo: US Geological Survey

People on Big Island are preparing for the worst as officials urge communities in high risk areas to be ready to evacuate at a moment's notice.

Kilauea's official volcano threat was raised from orange to red over the past two days, as the summit's crater showed signs that a more violent eruption could follow.

Civil defense is urging locals to remain vigilant and heed warnings, with people being informed about designated evacuation centres. 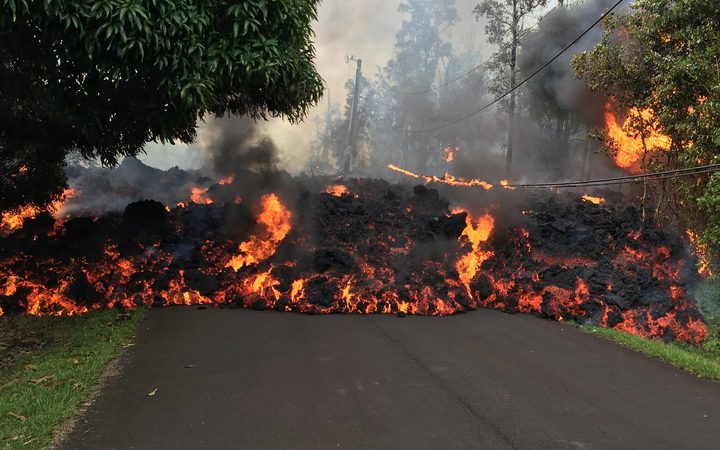 Thousands of people have already evacuated their homes after the eruption destroyed around 30 structures in the past two weeks.

Scientists have warned that intensified eruption could send heavy ashfall and huge boulders further out across nearby communities.

The Hawaiian Volcano Observatory said that ash emissions from the volcano had decreased, prompting the cancellation of an ash fall advisory. 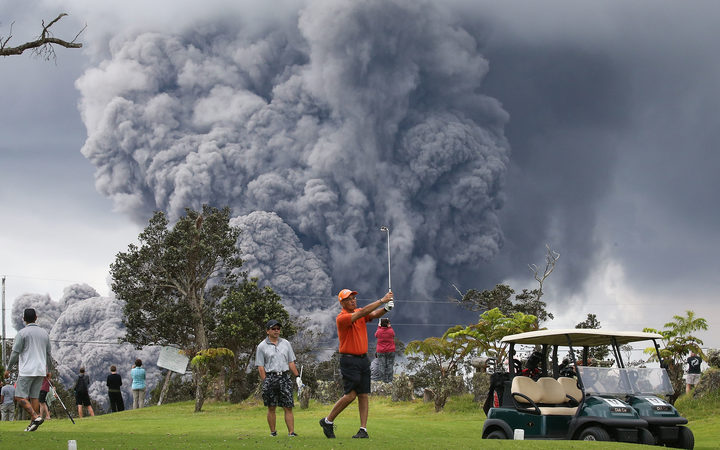 Still, ash plumes had spouted as high as 12,000 feet into the air in the past couple of days.

These plumes are identified as separate from the lava erupting about 40 kilometres away from the summit where about 20 lava fissures have destroyed dozens of homes and forced the evacuation of about 2000 residents.