A complaint has been lodged in Paris asking for French Polynesia's election on the island of Huahine to be annulled. 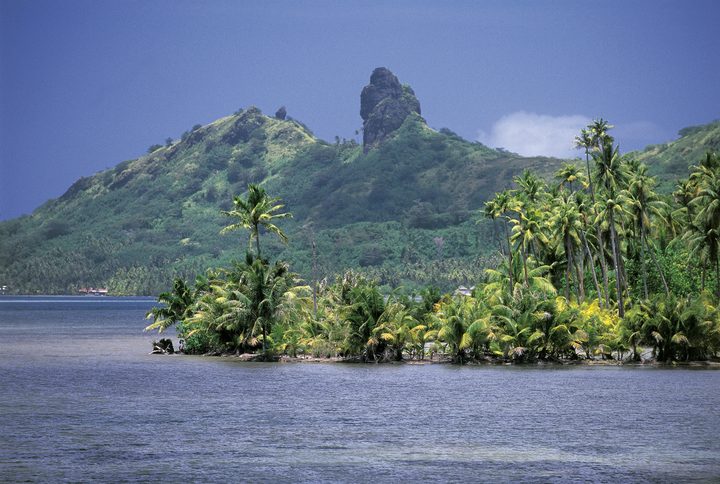 It was lodged with the top administrative court in France and with the local prosecutor.

The complainant, Yves Conroy, alleged the mayor of Huahine Marcelin Lisan distributed free fuel from the petrol station he owns and gave away boxes of frozen chicken to get votes for the ruling Tapura Huiraatira.

Before the first round of voting a week ago, Mr Conroy lodged a complaint for abuse of public funds for campaign purposes, implicating the President Edouard Fritch and four of his ministers.

He said once the campaign accounts would be finalised he was certain that Mr Fritch would be removed from office.

20 years ago, Mr Conroy launched a complaint against the Tahoeraa leader and President Gaston Flosse for alleged abuse of public funds which eventually led to him being convicted and barred from public office. 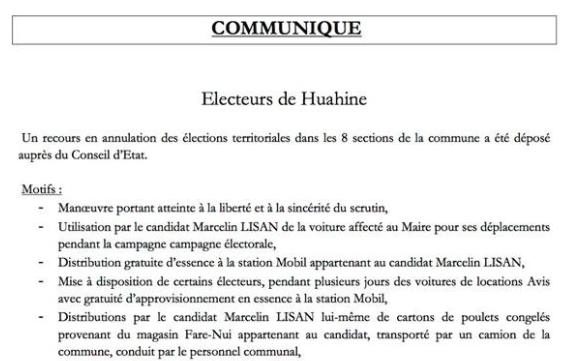 Complaint has been filed to annul the territorial election on Huahine Photo: supplied