France has for the first time recognised a link between its nuclear weapon tests in the South Pacific and the illness of someone who never visited the test sites at Moruroa and Fangataufa.

The disclosure was made by a Tahiti resident, Yves Conroy, in an address at the UN decolonisation debate in New York.

He was one of 18 speakers at the UN in favour of ending French Polynesia's colonial status.

Mr Conroy said he received a letter from the French Compensation Committee (CIVEN) in July, acknowledging a link between the tests and his wife's two cancers. 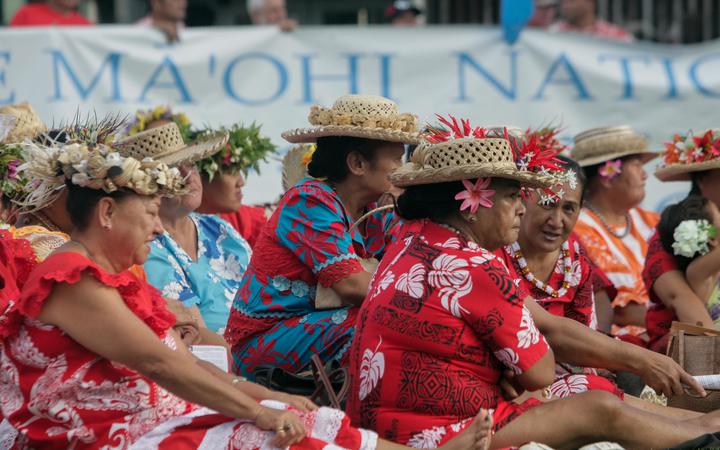 Women in Tahiti commemorate the 50th anniversary of the first French nuclear weapons test in the South Pacific. Photo: AFP

According to public radio, Mrs Conroy, who was born on Raiatea, never worked anywhere for the French military's nuclear testing regime but lived in Papara on Tahiti between 1972 and 1974.

In July 1974, France carried out an atmospheric nuclear weapon test in Morurua and radioactive fallout was recorded in Taravao, which is near Papara.

Mr Conroy said this meant all of the Maohi people suffered undue radiation.

France maintained that its tests were clean until 2010 when it adopted a compensation law.

However, most applications for compensation have been thrown out.