Nine West Papuans were arrested by Indonesian police in Jayapura today for a small protest over a visit by a Solomon Islands delegation.

The government-led delegation travelled to Papua's provincial capital at the invitation of Indonesia's government, but the way it slipped into Papua province largely under the radar has raised questions. 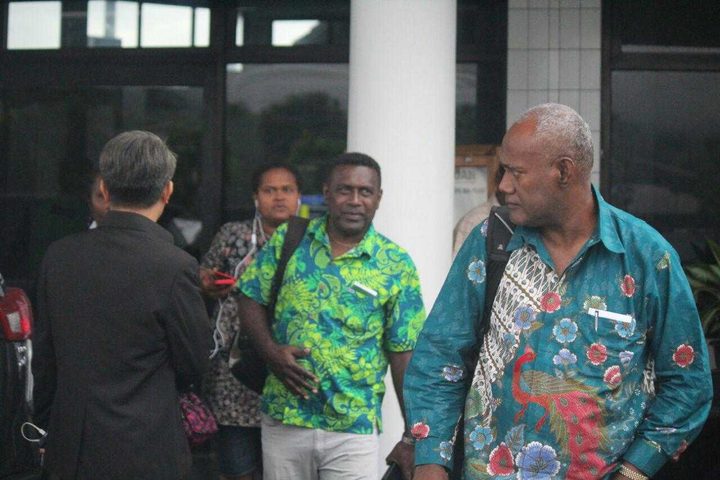 The delegation was led by Solomon Islands' Ambassador to Indonesia, Salana Kalu, and included the Solomons Prime Minister's Chief of Staff, John Teddie Usuramo, as well as a Special Secretary to the Prime Minister, Rence Sore.

Five representatives from Solomon Islands' civil society were also part of the delegation, including a representative of the country's West Papua solidarity network.

A spokesman for Indonesia's government said one of the objectives of the visit was for the delegation to see first-hand the development and situation in Indonesia, particularly in the provinces of Papua and West Papua.

In Solomon Islands, the visit was barely publicised. But shortly before the delegation arrived in Papua, Indonesian media had reported on the visit, saying the Solomon Islanders had been invited by Wiranto, Indonesia's Coordinating Minister for Political, Legal and Security Affairs.

While the delegation was scheduled to meet with Papua's acting Governor inside the provincial government headquarters in downtown Jayapura, a small protest was held outside the building.

Those demonstrating included students, activists and some staff from the secretariat of the United Liberation Movement for West Papua.

A spokesman for the demonstrators said their public action was a way of questioning why the delegation came to Papua "silently", but also of conveying thanks to Solomon Islands for its support for West Papuan self-determination and human rights. 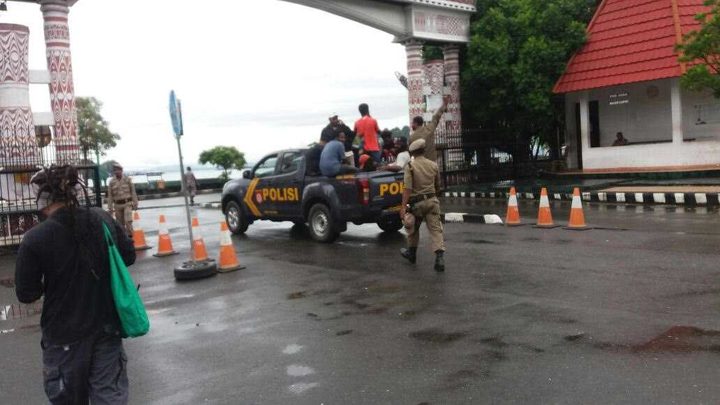 Jayapura police broke up the protest and took nine of those demonstrating away before they were able to have access to the Solomon Islanders. It's understood the nine were questioned and soon released.

A brief statement from the Jayapura police chief suggested there was no significant incident outside the Governor's office, and appeared to deny that arrests had been made. Those staging the protest had reportedly not gained a permit to do so.

Speaking from his home in the US, the vice-chairman of the Liberation Movement, Octo Mote, expressed disappointment that Honiara had not told them about the visit.

"They didn't inform us at all, so I'm just predicting that one of the conditions of the visit from the Indonesian government was don't tell the Papuans," he said.

Mr Mote said it would have been culturally appropriate for the Solomon Islanders to consult with representatives of the indigenous Papuans before they came to Papua.

He said the Liberation Movement still felt its bid for an independent Papua had the support of Solomon Islands behind it.

The government of Solomon Islands has been one of the most vocal on the world stage about human rights abuses in Papua region, widely known as West Papua.

Under Mr Sogavare's chairmanship of the MSG, the Liberation Movement in 2015 achieved observer status in the group.

However Indonesia, whose government opposes the Liberation Movement, has controversially also been given a greater role in the MSG in recent years. 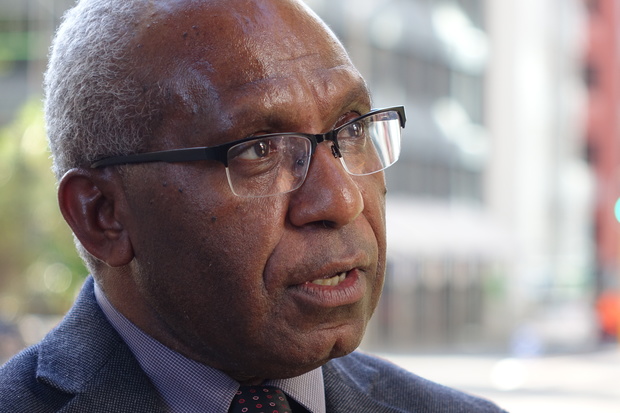 Even though Mr Sogavare remains influential as the Solomons deputy prime minister, the new leadership of Rick Houenipwela appears to be taking Solomon Islands on a different, more Jakarta-friendly approach to the Papua issue.

Although recent data from Indonesia's National Violence Monitoring System showed Papua was the most violent province in Indonesia, the government of President Joko Widodo has embarked on a major infrastructure development drive in Papua which it says is transforming the region for the better.

According to the Indonesian government spokesman, the Solomon Islands delegation would be discussing potential infrastructure development that Indonesia could assist with in the Solomons, particularly ahead of the upcoming Pacific Games.

He said health sector cooperation was also up for discussion, in particular the need of Solomon Islands hospitals for medical equipment such as CT Scanners.

The Solomons delegation was to be in Indonesia for a week. Its movements in Papua are being facilitated, at least in part, by Jakarta's Papuan envoys, Frans Albert Joku and Nicolas Messet.

Former Papuan independence advocates, Mr Joku and Mr Messet both returned to Papua from exile around a decade ago and have been advocating for West Papuans to accept Indonesian rule.