Cyclone Keni is expected to be closest to Fiji about midday tomorrow, the Fiji Meteorological Service says. 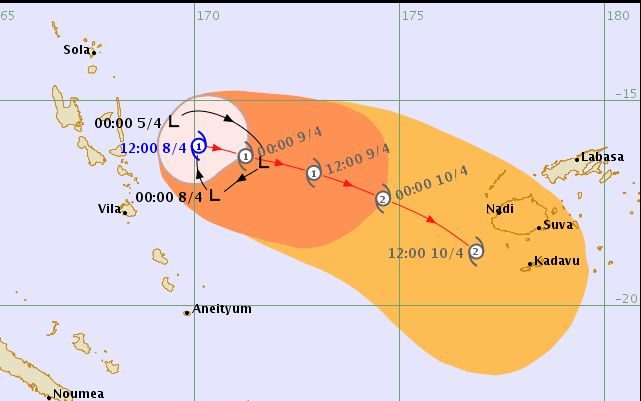 At 6 am local time this morning it was about 760 km west northwest of Nadi and was starting to move east southeast about seven to 10 km an hour.

A lead forecaster at the office said the Category 1 storm was expected to become a Category 2 in the next 24 hours and there was a good chance the level could be raised to Category 3.

All schools in Fiji are closed for at least the next two days but are being made available as evacuation centres.

Continued rain and flooding over the weekend has left two more people dead and one missing.

Yesterday about 800 people were in 13 evacuation centres after the drenching of the last week which has left streets and farmland caked in silt and mud. 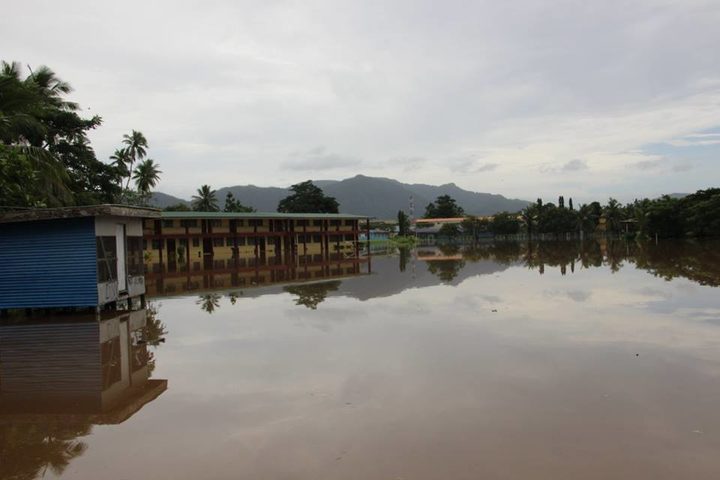 Shri Ghurnanak Khalsa College in Labasa is closed for the day due to heavy rain and extensive flooding in the area. Photo: Fijian Government

Residents in Fiji's sodden west are now being warned to be prepare for the arrival of yet another cyclone.

"It's the last thing we need," said Mathew Bolaitamana, a Red Cross official coordinating aid relief in the western half of Viti Levu, the country's main island.

Cyclone Josie crossed Fiji last weekend as a category one. It packed a strong punch in the western division, particularly around the towns of Nadi and Ba.

It caused extensive damage to infrastructure and crops, and contaminated water supplies, spilling debris across vast areas, including the centre of the town of Ba.

Mr Bolaitamana said there had been little reprieve from heavy rain since then.

"The greatest need right now on the ground has been water," he said.

"The last thing we really need right now is the arrival of another tropical cyclone."

Mr Bolaitamana said with people and infrastructure already struggling, and rivers already swollen, people should stock up on supplies and seek shelter sooner rather than later.

He said evacuation centres were the best place, especially as the Red Cross was considering standing down relief efforts until the latest storm passed.