Cyclone Hola is bearing down on New Caledonia's eastern Loyalty Islands right now, where strong winds and torrential rains have been reported. 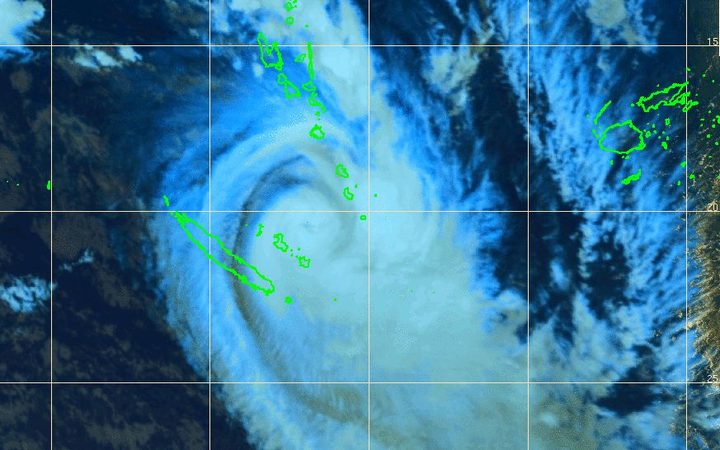 The cyclone, which caused damage in Vanuatu's northern islands, re-intensified into a category 3 overnight, with sustained winds of about 150km/h at its centre.

At 6 o'clock this morning, local time, (8am NZT) Hola was about 90 kilometres northeast of Lifou, and is expected to pass close to the island of Mare today.

On Mare, electricity supplies have already been cut off and winds in excess of 100 km/h have been reported as well as swells of six to eight metres.

On the main island, well to the west of the cyclone, as much as 200mm of rain was recorded overnight.

A spokesperson for the territory's civil security department told the public broadcaster that 300 people stayed the night in seven emergency shelters in the Loyalty Islands.

Schools and businesses have been ordered closed and people are being urged to prepare for heavy rain, strong winds and very rough seas.

The cyclonic pre-alert is maintained on the rest of New Caledonia.

The territory's government has declared on the islands of Ouvéa, Lifou and Maré to be on alert two.

"According to our forecast we expect very bad weather conditions from Friday afternoon until Saturday with violent gusts up to 70 knots and very heavy rain. 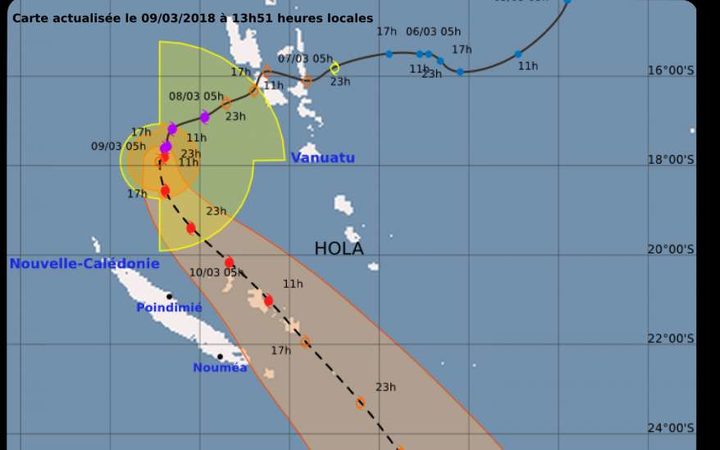 New Caledonia's two domestic airlines cancelled all flights on Friday in anticipation of the cyclone passing the territory, but international flights to New Caledonia were running on schedule for the time being.

Authorities in Vanuatu say gale force winds are expected to affect the southern Tafea and Shefa provinces overnight and today, but an all clear has been given to Malampa province.