More refugees, including three babies, are the latest to leave Nauru to go to the United States for resettlement. 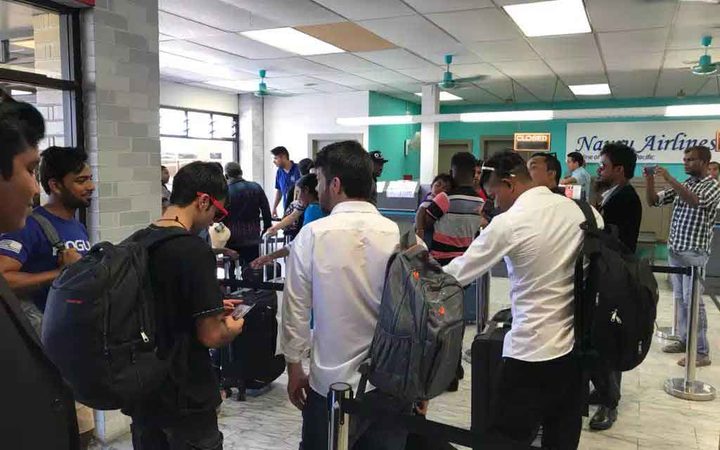 A group of refugees at the airport in Nauru. Photo: Supplied/ Refugee Action Coalition

The group of 26 refugees included two Sri Lankan families, but the rest are single men - Afghan, Pakistani and Rohingyan - who all departed yesterday.

It is the fourth flight of refugees from Nauru since September last year, and the third in February, taking the total number who have been resettled from Nauru to 110.

Ian Rintoul, spokesperson for the Refugee Action Coalition said if the US resettlement continued at this rate it will be more than a year before the refugees on Nauru are all resettled there.

He said that Australia's Prime Minister Malcolm Turnbull has avoided discussing the issue with US President Donald Trump during his visit.